[Moe Love]
It's the top of the ninth
Josh Gibson is at the plate
The bases are loaded, it's a three and two count
And here's the pitch

[Kool Keith]
Steppin up to the plate, first batter

[Kool Keith]
Black baseball, it was a known fact jack
With the weather so hot, who could play like Danny Day
The greatest and the best, like the Satchel brother Paige
Long Tom and Little Bomb, in the Hall of Fame
Like Josh and bunt, be alert, duck
Everybody was down for beer and peanuts
Foxes in their Sunday's best, their brightest dress

[Ced G]
Now baseball today troop, is mostly not racial
But back in the days it was all segregated
The whites had the majors and then the blacks had the negro leagues
They both had great talent but then us blacks have no history
Of all our great players, the teams in the ballpark
But we're here to shed light, restore the glory they haven't got

[Ced G]
Now the ballparks they played in was very far from a stadium
They only sat hundreds troops as opposed to the thousands
But the stands they was packed, for the league that was fat
With teams like the Baccarats and the Homestead Grays
The Eagles and many more, came ready to play
In cities like Birmingham, Newark and Chi-Town
The bus trips were very long, paychecks would bring a frown
But not to these players, cause they really loved baseball You could ban them from majors, but not from the game
With players like Leon Day, who pitched almost every day
His arm would hold up, blowin hitters with smoke away
And then there was Bullet Joe, also was Smokey Joe
King Richard and Savateen, and brothers like Ed Pole
Next, batter up!

[Kool Keith]
They took the long great line that was so fine
Super and strong to play, three games a day
Hey hey, Thunder Twins are up and gonna win again
Make the other players say "Oh him again!"
But whattya know?

[Kool Keith]
Poppa Bell was Cool, broke any catcher's rule
On the base, at night, total speed rip the light
Comin past flick flash he was so fast
Scouts watchin in awe at what they saw
The best in the game, it's a shame, you don't know
Alex and Double Duty, and don't forget Juty
Talent was there, and it was black

[Ced G]
Give them their credit folks, and build em a hall of fame
Where legends can rest, with uniforms and the whole shebang
And honor the players, coaches fans and the ballparks
From the Giants or Phillies, to the New York like Yankees
The Pittsburgh Crawfords, yeah they don't have to thank me
Just thank the Red Bull's, just thank the Abe Manley's
Just thank Rufus Lewis, a few names that grab me

[Moe Love]
And we're out 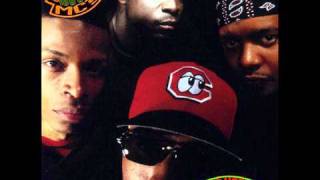