Verse 1 ( Malique )
have you ever met a gurl that you thought was perfect
you waited for her years 'cause you know she worth it
here's a lil' story bout this gurl i knew
since wayback in pre-school sometime in '82
she had 'em two pony tails and a front tooth missin'
wit' freckles on her cheeks cause the moms caucasian
up on a tree house is where we chilled together
with carvings on the trunk saying friends forever
she the type who laugh when the normally cried
and when they busy playing house we playin' bonnie and clyde
in grade school everybody knew we partners in crime
we usta bully kids in playgrounds like all the time
we always seen holdin' hands to the principal's office
the naughtiest in town and could no other kid stop us
in highskool she switched her desk next to mine
so we could cheat while doing pop quizes all the time
14th of February '93
little Jenny said she had a big suprise for me
gave me the very kiss and plus a ring and a card
and said I love you, so I gave her the rest of my heart
a coupla weeks later called her house at 10
the mama said I thought you suppose to be with Jen
I quickly rushed to the crib, she just got out of a van
I'm like yo who was that? oh he's just a friend.....

Verse2 ( Malique )
so I took Jenny's word for it at this time
I thought just having a friend it couldnt be no crime
'cause even I have friends and babys that for sho
just like Watson, Hailee, Baby Tash and Joe
so we never talked about that late snack with van man
we rather talk about the future we have planned and
what to name our kids, al-Tarique or Shaymar?
Ayesha, or Tisha for a gurl and maybe even bring our
kids to that little tree house that we chilled at
but then in '94 I couldnt help it but feel sad
Jenny had to leave me to go get a little knowledge 100 miles away in this place they call college
first coupla months it was cool but then it changed yo
she never called and really acted like a strange ho
one day I called it was picked up by a man
I called again, she picked it up and said hey that's just a friend

this guy in her study group's the one who picked up the call
helpin' her in chemistry wit cyclohexanol
I got curious and asked her who else in ya team?
she said Ali, Hassan, Noreen and Kareem
the next week I thought of givin' her a little suprise
but when in front of Jenny's dorm I cound't believe my eyes
I say the same ugly van I saw in '93
I found her room but guess what a brother had to see?
a fella half naked with my gurl on the couch
and baby Jenny moaning, uggg uggh aggh and ouch
so please listen to the message that I sing
don't ever talk to a gurl who says she just has a friend

Verse 3 ( Joe Flizzow )
a lil' casanova pimp, man I had my flings
hoodrats to goodie hoodies I was lil' playa king
I'll tell ya when, my final year in '96
this hunny new in skool joined my class she really sick
she made her pinafore look like a dress from Rodeo,
and clean white shoes lookin' Ferra than Gamo's,
and white blouse seemed whiter than everybody else's
just like them ads on tv man this hunny was the nicest
I had to step up my game and I told her my name
she said her name was Wanda I found out
that we lived on the same street she moved in 5 blocks down
and after 3 dates and 6 banana splits I had it locked down
we was tight but had this lil's problem though
'cos Wanda always acted funny when wit' Mary Joe
but when I caught'em kissin it wasnt funny no more
baby smiled and just said she's just a friend yo....... 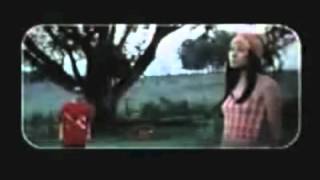