[Sauce Money]
Uh don't get it twisted, you know I'm just a fly nigga
Don't even wonder why nigga, I'm a Bed-Stuy nigga
Do or die nigga, take a slug for my nigga
If I got to die, inside I cry nigga
Sauce spit for the now and laters
Spit for the heavyweighters, spit for ballers and playahaters
Spit for muthaf*ckers who rock gators
Spit for niggas on the come-up playin corners and elevators
Nuttin to lose, so what's to choose
Never discriminate, spit for niggers and Jews If it's pennies to clock, spit for Guineas and Wops
Spit for hoes that's addicted to Henney and cocks
Spit for threesomes and little dicks who like to watch
Been spittin this way since the days of Koch
Spit for Jaguars, Ranges, eights and drops
Spit for uncles, nephews, moms and pops
Spit this biz for cats who need the brick wit wiz
Mistresses who don't know who dick this is
I spit for clicks who empty they clips for kicks
For mothaf*ckers on the block screamin "That's that shit!"
Tony Touch, Sauce Motherf*ckin just too much
Middle Finger U, ya heard? 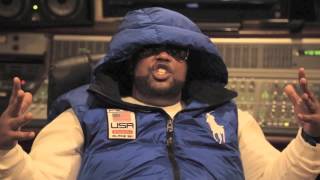 check amazon for Sauce Money Freestyle mp3 download
these lyrics are submitted by kaan
browse other artists under T:T2T3T4