Return Of The Diaz Bros Lyrics

Return Of The Diaz Bros Lyrics


Okay Tony, listen to me
See those two guys over there?
Those are the Diaz Brothers
They got the biggest distribution of mixtapes
From New York all the way to Tucson, Arizona
You know anything, don't f*ck with them Tony
They will stick you underneath the f*cking ground

If you wanna know
(If you)
(Wanna know)
A little story, about the two
Well, let me tell you we're the Diaz Brothers bitch

B.K. to B.X. straight lockin' it
(Yeah)
All y'all other DJ's be poppin' shit
But when we come around the way I do the opposite
What's the deal with all that hypocrisy?
On the real y'all need to stop jockin' we
Like KRS-One, here's, "My Philosophy"

Settin' it off, with my monopoly
If it ain't over, it's about to be
And it damn sure ain't nuttin' stoppin' me
Sangalo, Toca, cantalo
Criminal, tremendo escandalo, what?

Okay Tony, you're going too far now
These motherf*ckers will kill you
They'll cut off your f*ckin' testicles
And shove it up your f*ckin' ass

Yo, yo yo yo yo yo yo
On some Prodigy shit, chain drop to my dick
No chokers, exotic shit swingin' like Sosa
At the Copa, with Tone Toca, opposite of sob-ah
Lots of Henny-lo and Coca Cola
Blend tape hoe glock tre-eight blowers

Poli' with chinks, the main attraction, Wally's dyed pink
Shirt matchin', thug fashion, Thug Passion
Compliments of Don King, it's a Don thing
f*ck a drink, still schemein' on that charm King
Chill son, put away the toast, make a toast
To the hated most, Puerto Rican, "Rae' and Ghost"

Take this f*ckin' shit
You know why the f*ckin' people love me?
'Cause I'm f*ckin' real
I tell you what the f*ck's on my mind, okay?

Okay, it's the Return of the Jedi
Now tell me who the hell said I
Couldn't bring it to any boriqua tierras
From L.A. back to N.Y. on the red eye
Toca, holdin' it down on the M-I

(The M.O.)
Used to be, "Listen to My Demo"
All dem vogue now with no problemo
Before I do a show, have my dinero
I'm talkin' to all you pendejos

Yo, yo yo
My rhymes get spit like a gajo
My nines get the clips with the hollows
Five carat chips in my Movado
Doo Wop, spic half Cubano

Who copped six and used to have the milano
Who got your main chain vicked at the Apollo
Where Eric B. and Rakim would, "Follow, the Leader"
Many nights got my dick swallowed at the Fever
By any white black or Pediqua, Maria, Chiniqua

Had 'em all player, f*cked 'em and played 'em
You loved 'em and date 'em
Gave 'em an ultimatum
Talk about that kid Wop, I hate him
So cut him off or I'ma blaze him
Brother, you're soft

You come and step to me? Hey, f*ck you
Those guys they f*ckin' talk too much
All they concerned about is f*ckin' p*ssy and drinking
The booze, and the coochie
I got those guys f*ckin' soft, man
They can't f*ck with me
I'll bury those f*ckin' cock-a-roaches
f*ck you motherf*cker, I don't give a f*ck
Explain lyrics
Correct lyrics 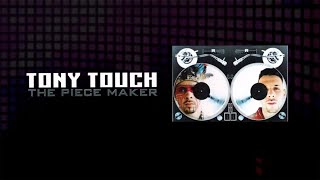 check amazon for Return Of The Diaz Bros mp3 download
browse other artists under T:T2T3T4