Wernher Von Braun
Tom Lehrer
Whatever Became Of Hubert I Wanna Go Back To Dixie I Hold Your Hand In Mine I Got It From Agnes George Murphy Fight Fiercely, Harvard! Everybody Eat Clementine Bright College Days Be Prepared
Tom Lehrer wiki Wernher Von Braun video Tom Lehrer twitter

Don't say that he's hypocritical,
Say rather that he's apolitical. "once the rockets are up, who cares where they come down?
That's not my department," says wernher von braun.

Some have harsh words for this man of renown,
But some think our attitude
Should be one of gratitude,
Like the widows and cripples in old london town
Who owe their large pensions to wernher von braun.

You too may be a big hero,
Once you've learned to count backwards to zero.
"in german oder english I know how to count down,
Und I'm learning chinese," says wernher von braun.
Explain lyrics
Correct lyrics 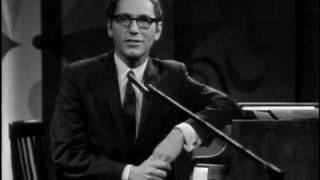