One week of every year is designated national brotherhood week. this is just one of many such weeks honoring various worthy causes. one of my favorites is national make-fun-of-the-handicapped we
Ich frank fontaine and jerry lewis are in charge of as you know. during national brotherhood week various special events are arranged to drive home the message of brotherhood. this year, for exa
On the first day of the week malcolm x was killed which gives you an idea of how effective the whole thing is. I'm sure we all agree that we ought to love one another and I know there are peopl
The world that do not love their fellow human beings and I hate people like that. here's a song about national brotherhood week. 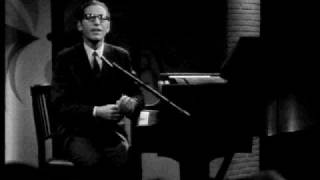