This is a song for Phil Daoust
Occasional Guardian newspaper journal-oust
I never ever ever mentioned your name
Or the review that you wrote, when I was new to this game

But now the time has come
I think I've dealt with my feelings at last
I really wanna forgive ya, Phil
Yeah, I wanna put the past in the past-a

Oh, and as this is London town
I thought I outta take the opportunity
'Cause there's a pretty good chance
Somebody out there will know you
Maybe they will pass on a message for me

And I know that you're a smart man
And with such a fine mind, I guess it has to be hard
To resist throwing narcissistic, intellectual tantrums
In the supermarket aisles of your self-regard

Just wanna say, Phil Daoust
I know it must be really hard to be a journal-oust
While a deadline's always looming, and the pressure to be entertaining
So maybe you should quit and get a job that you'd be better at
Like killing yourself, you f*cking cunt

Ding dang, ding dang dong
This is my Phil Daoust song
Everybody sing along
Tra-la-la-la-la-la-la
I hope something you love catches on fire
Phil, ding dang dong
I've written you this special song
To show how far I've come along
In my efforts to be more mature in the face of negative feedback 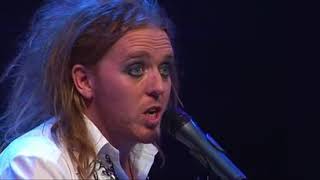