Four Egos One War
Tangent
Where Are They Now? A Sale Of Two Souls The World We Drive Through A Crisis In Mid-life Follow Your Leaders The Winning Game Skipping The Distance Bat Out Of Basildon Up-hill From Here A Place In The Queue
Four Egos One War video Tangent twitter


After our wars we feel a moment's inspiration as we rebuild our cities
With visions anew and the architects and artists sound our glory
In a monument to freedom.
Scraping the sky with steel and stone and a deep pride in our new-built homes
People are the focus once again, in the wide, wide streets of a town for today's men

And after a time we become immune to all the images
That war brings to our front rooms, so far away
Decisions to be made do not seem relevant to anything that's happening now
But six feet under lies the charred earth, the buried memories of the last time
It's there in the eyes of the survivors, and our peace walks
On an all too finite line

ii) Theirs (Sung by Andy)

The world is awash with dictators and moguls, between them we don't stand a chance
Caught between egos and cold economics we all know the steps to the dance
We can watch it all on TV while we're sitting eating tea,
We can watch the bombs start falling to “set the people free”
And it's raining down on me, through the atmosphere, from the satellites
The battlefields the way the media sees them

The press always get there in time for the flag-burns in every demonstration report
The bombs always go off in the centre of the picture in an area the size of New York
And we don't see this as funny just give awards to the TV crews,
'Cos it's them fighting the wars, not the armies, for the Generals of the news
And it's raining down on me, through the atmosphere, from the satellites
The battlefields the way the media sees them

After our wars we switch off, tune in, drop out and evaluate our reasons
But when battle calls, we're there, like moths approaching their destruction
In fast oncoming headlights.
Like rivers need the rain, the hate runs through our veins
Bursting the banks with death and pain and on my TV set tonight, it's pissing down again

Give me a moment to assess the facts, I'll make my decision on how we act
If anyone can help me just let me know, I'm writing the script for a prime-time show If my friends say it's OK I can attack, support from my own is all I lack
I only need approval for what I do, from the ones who beg my approval too

Back in the real world where sky meets land, the missles succeed in the task at hand
We don't see amputations on the screen, just enjoy the bangs, ignore the screams

Running round in circles from the cradle to the grave
Searching for security or anything that we can save
Throwing metal at the sky, seeing where it lands and try
To convince the ones who put us here, that this is what we planned for all the time

With all the weapons of the modern world around me all I'm left with is my guitar
It's not as if a generation's gonna sit down and listen, it's been tried before and only got so far.
But it feels all right, and I won't hurt anyone tonight
Just want to put things in perspective yeah, take a chance and learn another point of view
Learn to make myself selective yeah, with the truth, 'cos nothing else will do

With all the armies of the modern world on my side, fighting for “my right to speak”
It seems the ammunition's falling in the wrong place, 'cos no-one's ever listened to me
But it feels all right, and there's every chance that I'll survive the night
They like to sit back and ignore me yeah, like a billion other different points of view
They sent a weapon to destroy me yeah, and its next target looks an awful lot like you

Running round in circles from the cradle to the grave
Searching for security or anything that we can save
It takes four egos to start one war, throw in some weapons, devise a cause
The media reports it, the politicians lead, I write songs about it, so all of us can feed
Throwing metal at the sky, seeing where it lands and try
To convince the ones who put us here, that this is what we planned for all the time 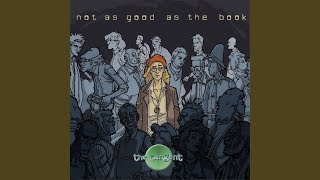 check amazon for Four Egos One War mp3 download
these lyrics are submitted by kaan
browse other artists under T:T2T3T4T5T6T7
Songwriter(s): Andy Tillison