Bat Out Of Basildon Lyrics

Bat Out Of Basildon Lyrics


He's only as old as his helmet and no one can see his grey hair
Though the dark tinted perspex sun visor as he breathes in the open freeway air
There's a two hour queue out of Stansted and an age on the M25
A line of artics that stretches to Yorkshire but this guy's still glad to be alive
Half his world in his topcase the other half in his sack
As he overtakes the juggernauts of his past, this guy's never looking back
He lives his life on the white lines, he's the spirit of old "66"
Three hundred kilos of man and machine still getting their kicks

He's still dreaming of summers on the open road
The path that he's chosen is no more than he's owed
And his freedom comes in horsepower it seems
The apehanger bars seem to suit him so well
He's an Easy Rider, he's a Bat out of Hell
He's the Leader of the Pack, he's and Angel in the Raw
But no-one writes those biker songs no more Basildon Glows on the distant horizon like he's coming down to L.A.
The rain's sheeting in from imagined mountains but while the traffic works he plays 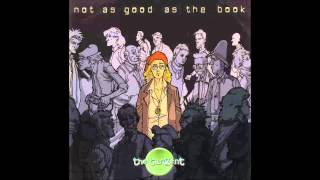 check amazon for Bat Out Of Basildon mp3 download
these lyrics are submitted by kaan
browse other artists under T:T2T3T4T5T6T7
Songwriter(s): Andy Tillison
Publisher(s): Cynical Songs
Record Label(s): 2010 Inside Out Music
Official lyrics by