The Winning Game
Tangent
Where Are They Now? A Sale Of Two Souls The World We Drive Through A Crisis In Mid-life Follow Your Leaders Skipping The Distance Bat Out Of Basildon Four Egos One War Up-hill From Here A Place In The Queue
The Winning Game video Tangent twitter


He's travelling the road that others have shown him
He's following the lies that orhers have told him
His Future's on the brink...
And nothing's ever going to sink... the ship

Grabs a working lunch, keeping one eye on the NASDAQ
Driving through the Blackwall on his way to some knock-back
There's no room in his soul
For the prople he controls... but never knows

She's struggling with the problems that our hero has shown her,
(A few thousands miles away, in a luxury Land Rover)
Her children in the cold
While her life is bought and sold... On tiny screens

And as her value drops, well another one is rising
More fashionable crops for the ever enterprising
The West plays betting games
On the fortunes of its slaves... but never knows

Still treading the road our education's shown us
Still following the lies that the media has told us
We're chalking up success
While our planet's in a mess... But never know

The campaigners on TV are all just raving "lefties"
With pullovers so dodgy and haircuts from the seventies
So why should we take note
When we can simply cast our vote for status quo?

And in our hearts there's an empty space,
We feel its nagging pain
But we take the drugs and damp it down
And plough ourselves right back into the winning game

Life, it seems not much more,
Than a race for an un-named prize
That we accept in some tear-stained ceremony
From the people that we despise

And in our hearts we want nothing more,
Than greed and lust and pain
We buy and sell
And we crawl away
To count our ill-got gains 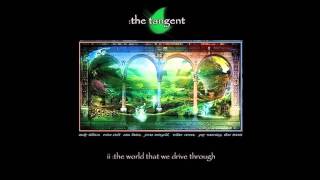 check amazon for The Winning Game mp3 download
these lyrics are submitted by kaan
browse other artists under T:T2T3T4T5T6T7
Songwriter(s): Andy Tillison
Publisher(s): Cynical Songs
Record Label(s): 2010 Inside Out Music
Official lyrics by