My hooptie rollin', tailpipe draggin'
Heat don't work an' my girl keeps naggin'
Six-nine Buick, deuce keeps rollin'
One hubcap 'cause three got stolen
Bumper shook loose, chrome keeps scrapin'
Mis-matched tires, and my white walls flakin'
Hit mickey-d's, Maharaji starts to bug
He ate a quarter-pounder, threw the pickles on my rug
Runnin', movin' tabs expired
Girlies tryin' to dis 'n say my car looks tired
Hit my brakes, out slid skittles
Tinted back window with a bubble in the middle
Who's car is it? Posse won't say
We all play it off when you look our way
Rollin' four deep, tires smoke up the block
Gotta roll this bucket, 'cause my Benz is in the shop

My hooptie - my hooptie

Cars barely movin', but now we got heat
Made a left turn as I watched in fright
My ex-girlfriend shot out my headlight
She was standin', in the road, so I smashed her toes
Mashed my pedal, boom, down she goes
Law ain't lyin', long hairs flyin'
We flipped the skeez off, dumb girl starts cryin'
Baby called the cops, now I'm gettin' nervous
The cops see a beeper and the suckers might serve us
Hit a side street and what did we find?
Some young punk, droppin' me a flip off sign
Put the deuce in reverse, and started to curse
Another sucker on the south side about to get hurt
Homey got scared, so I got on
Yeah my group got paid, but my groups still strong
Posse moved north, headin for the CD
Ridin' real fast so the cops don't see me
Mis-matched tires got my boys uptight
Two Vogues on the left, Uniroyal on the right
Hooptie bouncin', runnin' on leaded
This is what I sport when you call me big-headed
I pot-hole crusher, red light rusher
Musher of a brother 'cause I'm plowin' over suckers In a hooptie

It's a three-ton monster, econo-box stomper
Snatch your girly, if you don't I'll romp 'er
Dinosaur rush, lookin' like Shaft
Some get bold, but some get smashed
Cops say the car smokes, but I won't listen
It's a six-nine deuce, so the hell with emissions
Rollin' in Tacoma, I could get burned
(Sound of automatic gunfire) Betta make a u-turn
Spotted this freak with immense posterior
Tryin' to roll smooth through the Hilltop area
Brother start lettin' off, kickin' that racket
Thinkin' I'm a rock star, slingin' them packets
I ain't wit' dat, so I smooth eject
Hit I-5 with the dope cassette
Playin' that tough crew hardcore dope
The tape deck broke
Damn what's next, brothers in Goretex
Tryin' to find a spot where we could hunt for sex
Found a little club called the N-C-O
Military, competition. You know.
I ain't really fazed, 'cause I pop much game
Rolled up tough, 'cause I got much fame
"How ya doin' baby, my name is Mixalot"
"Mixalot got a Benz boy, quit smokin' that rock"
Ooooh, I got dissed. But it ain't no thing
Runnin' that game with the home made slang
Baby got ished, Bremelo gip.
Keep laughin' at the car and you might get clipped 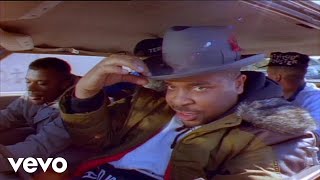