The Shout Out Lyrics

The Shout Out Lyrics

Ladies shout my name cause I'm sweet like sugar water
Some call me daddy cause I treat 'em like my daughter
They'll rush out my name and refer to me as Posi'
When I make love I come with like a kamikaze
I don't return 'til the mission is completed
And that's a treat when you're properly treated
Now don't - say I'm conceited, say I'm convinced
My momma called me nasty and I was ever since
At school they voted me the one most likely who would
But never realized that I'd be so damn good
Swift and interchangable, yet remaindable
Rhymes intoxicate ya when it spins on the turntable
And get you high, higher than a skyscraper
When I gets rough, it's rougher than sandpaper
The brother's still frontin, still front to flex
Wouldn't squeeze the trigger, on a bottle, of Windex
Uhh, and ya don't stop
Uhh, a yea yea you don't stop
Uhh, nah nah you don't stop
Uhh, yea yea you don't stop
You bitch ass, niggaz!
Shout it out to my peeps A B.O.O., you're in the house yo
A Sugar Ray yea yea you're in the house yo
A Al G yeahh you're in the house yo
A Bambaata, a Bambaata
A Bambaata, you know you got ta
A Jazzy Jay'n, a Jazzy Jay
A Jazzy Jay yeah all the way yo
Uhh, I shout it out to the Greg Nice
Uhh, I shout it out to the Greg Nice
Shout it out yo, a to the Showbiz
A shout it out yo uhh to the Showbiz
Uhh, to the Daddy Kane, a to the Daddy Kane
A to the Daddy Kane yea to the Daddy Kane
Uhh, a Awesome Two yo
The Awesome Two's in the house they in the house yo
A shout it out uhh, a to the Red Alert
A to the Red Alert, he gonna make it hurt
And then I kick it out to the Pepper Johnson
A Pepper Johnson yea Pepper Johnson
Billy Bathgate yea Billy Bathgate
A Billy Bathgate hey to Billy Bathgate
The Zulu Nation yea the Zulu Nation
The Zulu Nation yea my mighty nation
Uhh, well if forgot anybody
Heh, I'll see you at the Grammy's, y'knahmsayin?
I'm out..
And I'm out yo yea yea I'm out yo.. 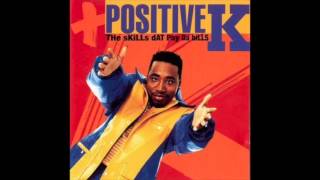 check amazon for The Shout Out mp3 download
these lyrics are submitted by kaan
browse other artists under P:P2P3P4P5P6
Songwriter(s): positive k
Record Label(s): 2015 The Island Def Jam Music Group
Official lyrics by