[Verse One]
Minnie the Moocher, bad hoochie-coocher
Innocent sweet but the girl might shoot ya
in your back, because she moves like dat
So let me run it to your tapes, microphone yo contact
Minnie used to be a fly girl (fly girl)
By the way, she used to be my girl (my girl)
But now she's a floozie and got a, kid with an uzi
And the question I asked her was why girl (why girl)
Now you can call this freak a good looker (yeah)
Or you can call the (ho) a good hooker
But a guy came by with a (dick) that was bigger than mine
and guess what he took her - come down!

[Verse Two]
For this girl I was lost in the sauce and had to pay the cost
in order to be the boss
I was on it but knew how she was livin
And every time I seen her it seems that I was driven
Posess will posess you like +The Exorcist+
She was, so bad the devil's son-in-law he couldn't even resist
It was said in the bed she was wicked
Married men - they couldn't help but stop and kick it
Fellas passin her was harassin her
"You got a man," they was frequently askin her
And she loved that, stone to the bone
And wouldn't give it up, not even for a happy home
Not for a man and a family
But every Friday night, they was bettin that she was sure to be
at your local discotech
Dancin dirty, uhh, and workin up a sweat
The neighborhood heart breaker
And once you made her yours, the next man would come and take her
away to the Casbah
Because you didn't have it goin on, up to par
I'm a million dollar man but I'm not Steve Austin
You can take the cake but what's the cake without frostin
Success ain't nothin without someone to share it with Except a girl with a Robin Givens starter kit
She did it hit it and quit it and now she's gone
See ya! But ya know I know

[Chorus: patois chat here may be wrong]
Minnie de moocha, minnie de moocha
Minnie de moocha she a bad oochie coo-cha
This is a gyal who won't no keep one lover
She no care fi no guy [??] [??] and don't want no
[?] pocket man you haffi have sold a lot
Crisp Benz wha you drivin a Path-finder
You haffi, live de life of a big-timer (and what else)
Minnie de moocha not ga deal witcha, come down

[Verse Three]
She knew a guy named Smokey (Smokey)
She loved him a lot, because he used to buy her coke see [sniff]
Yeah gram after gram (mmm)
She kinda remind me of this girl named Pam
But Minnie looked much better
To top it off, she had a ninety-two Jetta
Now that's a girl who love to ball
She didn't want a lot of things cause hey, she wanted it all
Him, him and him
Yeah the guy with the Benz and the five-star rims
She had a million dollars in nickels and dimes
And sat around and counted 'em all a million times
She was tall, fly, and skinny
And if you don't know I'm talkin bout Minnie the Moocher

[more patois that may be wrong]
Listen me [?], and in me rasta
Long time dis ya gal I and I a check for
But when they, turn me back she run go with me brudda
She want me, run off and [?] have sex witcha [?]
Want me, fetch the ras me want fi go look for ya
An' lick a hole inna ya head a with me millimeter
She don't want no, [?] pocket man she want a big spenda
[?] dis run a ting, I and I no check for, so come! 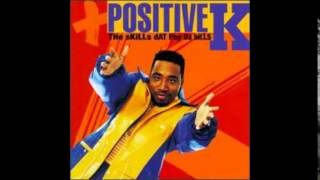 check amazon for Minnie The Moocher mp3 download
these lyrics are submitted by kaan
browse other artists under P:P2P3P4P5P6
Record Label(s): 2015 The Island Def Jam Music Group
Official lyrics by