One 2 The Head Lyrics

One 2 The Head Lyrics


"You're on the air"
"Positive and L.G."
"That's that you know that really sounds
that that sounds uhh provacative"

[Positive K]
jump jump Jump Jump JUMP JUMP JUMP! JUMP!
Jump up and down and yo get excited (uh, yeah)
Positive K, L.G. reunited (step up)
Got a Phillie blunt, now don't ya dare light it (uh, c'mon)
This is my rhyme and I'm gonna recite it
First up to bat, Pos K the party wrecker
Got more moves than an effin game of checkers
Askin if I'm nice with mine, don't say sorta
I can sell an Eskimo a glass of cold water
It ain't no doubt you get knocked in ya mouth
Be the eighth MC, that Rakim didn't talk about
All types of Positive, that's what the girls say
Grown damn man, got no time for child's play
Scoop your daughter, be scared you oughta
I'm so bad, that I can ride the tip in water
I'm a new breed far from a young seed
Like a boy scout daily do my good deed
The rhyme was speed but like a turtle be movin
I'm slow and funky in other words - I be groovin!
Cause I'm the master, quenchin your thirst just like a Shasta
Because he wanna - no, say because he HAS ta
I satisfy, get 'em high just like a spanish fly
Once and for all, let me tell you who the eff am I
Cause I'm the man, from here to Afghanistan
Cambodia, even Iran
But I never ran, and matter of fact I never tried it
In a contest me fess, man you just the next man, got it?
Good, he didn't know I coulda woulda shoulda meant
And if he coulda, I think I he woulda shoulda went
If I didn't tell ya, then how would you know?
Positive K's not your ordinary Joe
I slay the dragon to freak the evil king
Scoop the princess, put her under my wing
Make her sing a song sayin, "What a relief it is"
If that ain't flavor - pssh - what is?

Ladies look at me as a man of leisure
Cause I can do the things that can definitely please her
Brothers like to scramble, hustle, gamble
Women take the skin when I got a hell of a handle
A chip off the block cause my daddy was a player
Other words hon that means you don't have a prayer
I gots the gift of tongue, the thing's from a cobra If I kick it to ya baby, it's all over
Been around the world and my style nobody's blazin it
Cause I'm sweet, sweeter than a Raisinette
But on the other hand I'm hotter than tobasco
You rhyme first and I'll be the last to go
I might win, lose or even draw
But it ain't nuttin that I ain't never seen before
The only thing is yo, I never lost it
All I did was reinforce it
Now I'm sturdy, sturdy as a girder
Versatile with capabilities of murder
Protectin my honor as if I was a samurai
"Oh my back!" is the sounds when I slam a guy
I'm not above comedy and playin
That's just one simple way, of sayin

I'm gonna drop this rhyme, I'm gonna drop this rhyme
I'm gonna drop this rhyme I hope it does skyrocket
If it does I'll be paid in my pockets
With fly things like Rolex watches and
fur minks and diamond links
You see I got over the hump, bumped a lot of chumps
Just like the mumps my pockets got lumps
On the contrary, as a kid I was seein every Santa Claus
Didn't bring me things I wanted him to carry
Like a, mansion and yacht, a big fat knot
A girl with a Benz who love me a lot
Nevertheless there's things about me that you probably would never know
Datin back, to when I was just an embryo
But that's a theory matter of fact a hypothesis
Coming from the abdomen directly to the esophagus
Protect myself against mishaps and tragedies
Against backstabbers, faggot MC's (?)
So welcome me back, as if I'm Kotter
For starters I'm gettin more points than the Harlem Globetrotters
Not flexin or vexin, I'm a man who's modest
And when I speak, I just likes to be honest
Some say how I got fame was this quick
Cause I'm original like Kentucky Fried Chicken and the biscuit
Loop your beats and save it on the diskette
For girls in the mini-skirts and the fishnets
High heel pumps and their hair all done up
I see 'em like that, I can't help but run up
Kick the gab and throw 'em in the limo
Take 'em to the crib just to make a little demo 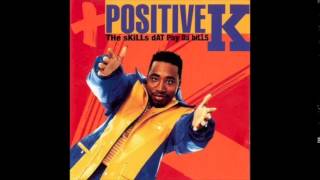