[Positive K]
Now it's your friends you gotta worry about, to say the least
Cause man, they're stickin to ya kid without the grease
Runnin game in the name of fame
Or talkin about every nice little thing for ya that they've done
And they've done nuttin now too late you learn
Cause all they wanted was uhh, somethin in return
That's a flam and a scam, you can tell I ain't gas it
Bite a check on my rep, and then later, try to cash it
But I got more bounce to the ounce, what I'm sayin
Seven and a half ounces, braincells, on the way in
Cause momma ain't raised none, I ain't changed none
I got work in my work and it stays done
A man twenty-three years yes I've grown
And I've learned that I can do bad on my own
I don't need a friend cause, I've got a brand new car
All cause I'm a, hot new rap star
Maybe cause my bank account is so profound
And since you're my friend, I gotta put you down
Anyway I know clout, only respects clout
And it's your friends kid, you got to worry about

[Positive K]
A let me tell you let me tell you who your friends are
Your friends ride around, in your new car
They ask for dough when they know you just got dough
They call your house every minute on the hour yo
Talkin bout - let's hang - you don't wanna hang
You wanna go wild maybe do your own thang
But they get mad, and they sweat that
Cause what ya got man they know they can't get that
And they don't take no for an answer either
They wanna see you drivin round like you're Alex Rega
But you can't see, you're not a +Taxi+
that bring girls around when they know you got a main G
Cause that's the person that you spend time with
and spend the time with, it does not combine with
what they wanna do, and what they wanna do
is hang and if you can't somethin gotta be wrong with you
So tell me why a woman takes a man hand
and tells him things, that makes him feel grand Large and (?) you're my knight in shining armor
Known this woman, from a soap opera drama
Weak in wickedness I know how you kick it miss
I know you're gonna say who's gonna pay before he's stickin this
Now you're caught without a thought, no need to pretend
Who hooked you up with this girl huh, a friend
No one wants to be around when you're down and out
Cause it's your friends kid, you gotta worry about

[Positive K]
A nevertheless I, don't like to stress abouts I
Likes to take it easy, do my job, dat's why
My so-called friends, I grew up with
Either fell off, smoked out, or just ain't shit
And the rest I just don't like
And if I see him again, I swear we're gonna fight
But I'm a cool brother, thanks to my mother
And a friend, I really don't need another
But I got peeps, peeps that's true
And on my record - I'm singin all praises due
Just for givin 'em each day, I'm livin on that
To the babies I got to put the Positive in 'em
Cause I'm a loner and known to entrepeneur
And I'm sure you see more..
Whoever made up, the word friendship?
They need to get beat, up with a slave whip
Because they never knew, of what a friend would do
Cause when you're down and out, they never helpin you
They always lead you on, and they sing a song
And when you need 'em somethin's always goin wrong
They said I'm broke yo, I'm on welfare
I didn't have dough, I couldn't get there
My mom is sick, my sis is pregnant
My father's drunk, my house is hectic
And then they flip the script and say I need a quick G
Or couldn't you spare a beat? C'mon, this is me
You know you'll get it back, aiyyo yea that's a fact
I've already lost a job, and plus be smokin that
Off with you give the dough, cause youse a true friend
But what ya know now if you only knew then
He wouldn'ta got jacked, for the big smack
And it's only right, because it's like that

"That's when you find out who your REAL friends are!" 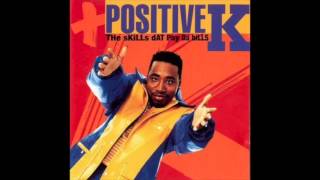