[Verse]
Young nigga came up from takin' shit (Takin' shit)
Big bag on me, know they hate that shit (They hate, they hate)
Double-S we slime, know we snakin' shit (Slime, Double-S, slime)
Y'all lil niggas look like y'all ain't built for this (They ain't)
The lifestyle, me and my niggas been takin' shit for a while (Double-S, Double-S)
Ooh, pull up with them bands, now she goin' wild (She goin' stupid)
Double-S diamonds and they crystal clear (Them bitches dancin')
You try to touch my chain, Draco hit his ear (Bah, bah, bah, bah)
Draco sing like Britney Spears (Bah-baow, bah-baow)
f*ckin' wit' a white bitch, she on Britney Spears (She is)
Y'all niggas p*ssy, you get no respect (No)
Pull up on you and I fire at your set (I'm firin')
Me and you is not equal (No)
Push up and I eat you (Eat you)
Y'all niggas sellin' that weak shit (Weak shit)
Y'all niggas got swag (Swag)
Boy I been havin' gas (The gas bag)
Pull up on you and I blast (Blast)
Been f*ckin' y'all hoes (Bah-baow)
Y'all niggas really hoes (They are, bah-baow)
Don't make me expose (Expose, Double-S)
Draco, it dispose (Dispose you)
Draco, it don't fold (Nah)
Draco put 'em in the trash (The drake)
Run up on you, no mask (Bah)
And I'm havin' plenty grams (I'm havin' that shit)
And I'm still havin' pounds (I'm havin' that shit)
Play with the gang (Yeah, play with the gang) You play with the gang, get put in the ground
We shootin' up shit and we makin' no sound
Yeah, that's on Murder Brew (On Murder Brew)
Playin' with the gang, we gon' murder you (Kill your ass)
Boy you will not ever go back home (No you won't)
They still searchin' for your body and bones (Where you at?)
Legend doin' the dash with your bitch (With your lady)
I told her suck this dick, I don't want no kiss (Hell)
Get that bitch out of my presence (Get out bitch)
You don't meet the standards of the Legend (I need a thick ho)
Big body Double-S, auto-start (Big body)
Big slime emoji, big broken heart (We 'bout it, 'bout it)
You think I'ma come and get them bricks for the low (No you don't)
He told me that he think he can do twenty-four (Haha, bitch)
Push up on that nigga, wipe his nose (Slime, bitch)
Y'all already know how that story goes (We slimin' shit)
Big Bag be movin' with them henchmen (Them henchmen)
Push up on your ass and we dip shit (Boy we takin' shit)
Don't you f*ck 'round with them boys, you know we with that shit (With that shit)
f*ckin' on that bitch and I know she French (Double-S, Double-S)
Damn that bitch gotta go, she got a lil' stench (She stank a lil' bit)
Big Bag money green like The Grinch (Yeah, money green)
Push up on you, takin' shit, you dig? (You dig? YL)
And I got a laser stick, you dig? (A laser stick, Mob)
Yeah, lean got me lazy
And I'm goin' brazy, yeah
Explain lyrics
Correct lyrics 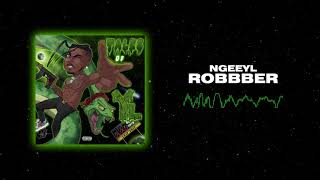