[Verse 1: Slimesito]
I got young niggas doing drills (On gang)
All my shooters, yeah, they in the field
FN on me, yeah, I shoot to kill (FN)
Gangway shit, you know this shit for real (Gangway)
Got young niggas killing shit off pills
Compact Glock and this shit concealed (Compact)
All my niggas shooting shit for real
I was 14 really doing drills (14)
Got a lil bitch with me with that fire (Yeah)
Try to run down, nigga you gonna die
I made that call, all my niggas gonna slide
Got two shooters and they by my side
Got two pistols on me when I ride (On gang)
Nigga try to rob me, bet this shit won't fly (Yeah)
Gangway shit, my niggas slide to fire (Gangway)

[Verse 2: Skuffle]
Ayy, hop out with this SIG and make a wreck
This ain't no movie, you don't play the part, get out my set (f*ck out my gang)
Snatch it off his neck (His neck)
That Draco make a mess
Them diamonds make her wet (Yeah)
That pressure make 'em sweat (Sweat)
My brother bang, hoe (Yeah)
Ain't snitch, he passed the test (Real nigga)
Then I'm gonna pass a bitch (Bitch)
Then I'm gonna pass a check (Check)
Cause my nigga ain't no snitch (No snitch) Cause my niggas ain't no bitch (No bitch)
And your niggas ain't on shit (They not)
Can't hit no lick with them (I can't)
No, I cannot beef with them (I won't)
Cause police creep with them (They 12)
The racks they sleep with them (Where they at?)
My snakes they eat on them (Okay)
It's looking real grim (Oh yeah)
But I'm gonna reap with them (Skuffle)
f*ck nigga want beef with him (Skuffle)
Like a plate we eat on them (Yeah)
[Verse 3: NGeeYL]
Nigga you gotta have a stain just to talk to me
Bullets flying out the top, woah, [?] like [?]
All the niggas around me animals
Nigga we don't play, we gonna handle them
Nigga we shooting niggas on purpose
Nigga we ain't shooting at randoms
Nigga better not let me blow up cause I'ma do a drive by in them Phantoms
Pull up with the TEC
Leave a nigga wet
Rob him for a check
And I'm booling with Sito
Me and f*ckin' Skuffle might kick a nigga door
I can bring the person to you, nigga let me know
Told this bitch you f*cking with a rich nigga, no average Joe
Pull up with them sticks and them bitches is ready to go
p*ssy nigga, we can go
Rifle with a merry-go (Go)
Explain lyrics
Correct lyrics 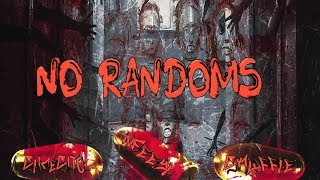