[Verse]
I live life in them shadows
I'm equipped with ammo
And we shoot like Rambo
My niggas draped in camo
We poppin' out the jungle
My niggas starving, they hungry
Told me and my niggas had to take it
Now me and my niggas we greedy
Yeah, put a lil paint on her face
Designer drip, I'm draped
Designer drip, I'm draped
Play with the gang, we say grace
Young nigga, we eatin'
Y'all niggas look vegan
Y'all niggas can't live my lifestyle
I ain't seen y'all in a while
Young nigga been ducked
Been thinkin' 'bout a truck
Young nigga gettin' loads
Y'all niggas gettin' old
Money green like mold
In the green like moss
Catchin' plays, Randy Moss
Ooh, catch a lil play and skrrt off
Skrrt-in' off with your bae
I'm doin' the dash all the way
Back, on the way back to the trap
Bitches they know where I'm at
Every day I catch a pack
Catch a pack, I bring it in
It's a ten, no it ain't
It's a twelve, no it ain't
Fifteen, they'll thank me
Got a bitch who from the 'Nolia, I call her lil saint
And I'm drinkin' on a whole motherf*ckin' pint
Y'all lil niggas regular than me and I'm the Legend
But I'm ballin' like a nigga that never had shit
Came in that bitch, '05 Michael Vick
Y'all niggas drinkin' fake drank, make me sick
Beatin' out the block, then beat out your bitch Young nigga put a brick on my wrist
Young nigga run up them bands
Pull out the stick on your mans
Made that nigga do the dance
Send you a brick in the can
Ooh, stupid bad bitch, say she Persian
And that chopper cut just like a surgeon
Mix the swag with the gas, go to the mall and splurgin'
They like f*ck that dirty bastard, that boy don't deserve it
That's why they hate YL
Your bitch choosin', I can tell
Thought I was gon' buy her Chanel
f*cked the bitch and I peeled
Y'all niggas get dipped
'Cause bitch I'm equipped like Rambo
My young nigga equipped with ammo
We poppin' out, nigga in camo
Damn, Double-S be the brew
f*ck the local, put you on CNN news
I beat that pack, that motherf*cker bruised
Damn, pockets on f*ckin' Bruce Bruce
Damn they want to steal me for my paper
They want to see me like Big was in them papers
I feel like Diddy, see what that dirty money make ya
I got them bitches doin' jumping jacks naked
Damn, young NGee
Yeah I'm ridin' with that D-R-A-C
Yeah, and I'm goin' stupid
Young NGee, got plenty P's
Y'all nigga p*ssy, y'all nigga regular
Bitch I'm big bag, I been havin' bags
I been havin' cash, y'all lil niggas sad
Do the f*ckin' dash, skrrt
Do the dash bitch, skrrt
Skrrt, skrrt skrrt
Bag, bitch
Explain lyrics
Correct lyrics 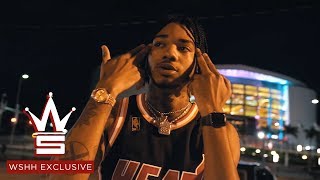