One Less Bitch
N.W.A
Fuck Tha Police I Ain't Tha One A Bitch Iz A Bitch Something Like That I'd Rather Fuck You The Dayz Of Wayback Quiet On Tha Set Niggaz 4 Life Hello Parental Discretion Iz Advised
N.W.A wiki One Less Bitch video N.W.A twitter

Yo, there was a bitch I knew on the avenue
She was gettin' G oh for a nut or two yo
I think her name was Clara
and she was garunteed to give a Muthaf*cka whatever he needs
to be perfectly honest she was a hooker
So I took her - a 100 yards, to the blvd
I told her "I'll take care o' you, you take care o' me"
You've gott a P I M P and all I want is the money
She went to work and the nigguz were fiendin' yo
She had the biggest ass that you ever seen
In fact she was like medusa
Her tities fully grown
A look and your dick turns to stone yeah
keepin' on mind that she was the kind that would find the time to get mine
because she knows I'm not to be f*cked with
She ain't crazy
f*ckin' with dre should be pushin' up daisies
She was the perfect ho' but what do you know
the bitch tried to gag me
so - I had to kill her
Yeah, straight hittin'
Now listen up and lemme tell you how I did it
yo, I tied her to the bed
I was thinking the worst but yo I had to let my niggaz f*ck her first yeah
Loaded up the 44 yo
Then I straight smoked the ho'
'Cause I'm a real nigga, but I guess you figure
I was soft and she thank me
coughed to the boss and got tossed
One less bitch you gotta worry about
She's outa here and that's how it turns out

Now Vikky Vikky Vikky, she's very tricky
She put her hicky on top of my dick
Sick betsy - she told me she loved me
And she wanted to keep me
If only she can have the dick with me
I said I wanted but baby you gotta hold up
If I was happy with somethin' that I could fold up
We can do this - she said her husband was rich
Then I knew I had the bitch
yo She wrote a cheque name me a cheque
In the name of a bitch who was strugglin' at the same game
All I wanted to do was get P-A-I-D
Just a little somethin' for f*ckin' me
yo Everything was cool but Vikky concerned me
Her husband was the District Auterny
So, before he found out he was crossed up
'Bout his bitch I was f*ckin' I had to tossed her
And put you slick - some nigga never forget
A dead bitch can't tell a nigga shit
One less bitch you gotta worry about
She's outa here and that's how it turned out

Thinkin' about money, and lookin' at a prostitute
The bitch was cute, so now I had to excecute
And shoot game like a real nigga
With a still trigga
Convince her to move up to somethin' bigga
I think I had a flashback though
'Cause I said "f*ck it"
Loped and Choked and Smoked to the ho' like this :
"Bitch, it's all about Dre
The money money money and this all I gotta say"
Of course she came with me
And remained with me
'Till the bitch felt lamed and ashamed to be
Workin' that trick shit
'Cause niggaz knew that she was someone
A little later though she called 1
In the chest and I knew that it was commin'
By who and how the all act would be done?
So what?
One less bitch you gotta worry about
But that ain't how it turned out..

Yo, there was a bitch named her out and shot her
Straight to the Muthaf*ckin' trigger and said "I got her!"
But I had better plans to give her the blues
Like dumpin' her in the river with sea net shoes
I knew my money was commin' up sho'
And the thought that the stupid bitch thought she'd never get cought
Came home early and straight bust her ass
On the couch with the other nigga countin' my cash
I should've known she was like the motha ho's
I told the 2 Muthaf*ckaz to take off their clothes
Butt naked nothin' left but the shoes
I had up a 9 so they could'nt refuse
I shot the nigga he was outa there
And tied the bitch to the Muthaf*ckin' chair
Now there's one less bitch I gotta worry about
Everybody out, that's how it turns out

In reality -
A fool is one who believes that all women are ladies
A nigga is one who believes that all ladies are bitches,
And all bitches are created equal.
To me - all bitches are the same :
Money hungry scandlist groopy ho's that's always riding on a nigga's
dick.
Always in a nigga's pocket and when the nigga runs out of money
the bitch is gone in the wind.
To me : 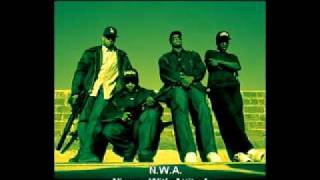