If It Ain't Ruff Lyrics

If It Ain't Ruff
N.W.A
Boyz-n-the Hood A Bitch Iz A Bitch Something Like That I'd Rather Fuck You The Dayz Of Wayback Quiet On Tha Set Niggaz 4 Life Hello Fuck Tha Police Parental Discretion Iz Advised
N.W.A wiki If It Ain't Ruff video N.W.A twitter

If It Ain't Ruff Lyrics


[MC Ren:]
Ren is the villain and you're just an hostage
so whenever I'm steppin cover your head like an ostrich
Groupies been waitin for this, suckers been hatin for this
You know why ? Because so many are relatin to this
Jealous is how they feel it intentionally
but they start to love it becoz I made it eventually
Pumpin the music I keep the music like pumpin
coz Ren ain't in here for nuthin, I keep the average crowd jumpin
Yo, you know the color, the villain's in black
Always down to make noise, and attack
So you better get back unless you wanna come with it
and make your face like a target and close your eyes when I hit it
You're screamin with fear but it's with fear that you're screamin
you're wakin up in a sweat coz Ren is givin bad dreams and
I'm not schemin, I'm just tellin the facts
That's how it is when N.W.A. starts to jack
So brothers that wanna scrap with me
That sweezin and sneezin will have to lap with me
especially beggin to write some lyrics with me
I just snatch your girl to take a nap with me
coz when it comes to Ren there's no comparison
And if you try to be me, it's quite embarassin
but I understand coz you're mentally slow
coz I can tell from the jump you're too nervous to go

I can tell that you're afraid to fight me
simple because you lost the crowd and they had to invite me
becoz you're sweat as a puddle but there's a puddle o' sweat
I'm a threath, so get a cold rag and wipe your neck
and clean the dirt off your face that calls acne
It's ridiculous thinkin that you can jack me
This is the round where the punch will go
until ya A G-A-T that's known as a flow
I'm makin a point but it's a point that I'm makin Like, see, I'm hatin the fakin I keep the suckers like shakin
Scared to speak with a tongue and they're chozen
The sound of my voice in their ear and they're frozen
This is a battle to the death, it's like the [??]same ol'[??]
against a brother on a tip, with [??]
Givin a pain but it's with pain that I'm givin
but I'm comparin and tearin'em but I'm makin a livin
with the hype of a 9 Volt battery
and the odds for me to conquer is averagely good
Meanin I'm a flow
I'm from the streets so, yo, I'm ready to go

The 'do not disturb' sign is in effect
while I'm thinkin of a fool to select
to give the victim the verdict so for the verdict a victim
slammin my vocals on a dance with the rest then I kick them
Tell'em they're guilty, and beep out the bailer
and get a new track o' drums so I can play with
percussion; pumpin it loud when I perform
Yo, you wanna play in my game, put on a uniform
It ain't a rule in the book you have to go by
Hey, coz when it comes to cheatin yo you should know I
for fear in the hearts coz it's the hearts full of fear
coz what you hear in your ear is something funky and clear
The hump was incredible yo but Ren he was super
But now I'm ruthless, a civilian and not a trooper
but a soldier with a top rankin
givin dope material, the hell with the gankin
So play like an airplane and just jet
and keep your blood pressure low coz I'm a [??], if not
I'm afraid of the show
that you're a sucker and you're too nervous to go 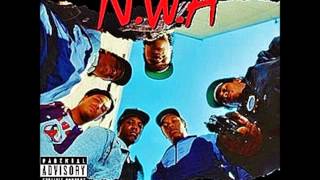