Ninety ninety mothaf*ckin' 1
NWA's back in this mothaf*ckin' yo
Takin' out all you commercicalized ass niggaz
And we're on this lay back track
And we're doin' this well kinda smooth
So what's you're gonna do Dre, Kick it!

It's so on le the shit flow on
Because I need somethin' to go off on
The mothaf*ckin' D-R-E servin' a death wish
So I'm a hit you like this
Early in the morning hop into the B-enz
I got 44 wayz of gettin' paid
Sittin' in my lap as I roll off the Compton blocks
To skoop up Ren I heard shots -
1 2 3, Then I see the nigga
Hop in de Benz and it was Ren on the mothaf*ckin' trigger
He got in the Benz and said
"Dre I was speakin' to de bitch O'shey" [Ice Cube]
And as we roll on I seen the patrol on crip
So we got ghost because they beat
Me and Ren in de black CE, yo,
Poppin' some funky shit by de D.O.C
I gotta get paid, paid in a hurry see
I gotta have it if I'm not paid fully
I start takin', makin' sure my shit is steady bumpin'
A nigga'z ALWAYZ INTO SOMETHIN'

I hear a dope beat
Somebody told me to buck dead
But if Dre did'nt do it I can't f*ck with it
NWA is like a mix a fix a trix
Real niggaz with big dicks
You're takin' a chance when you think that
Talkin' under your breath won't lead to young death
f*ckin' up shit and shit by the killin'
For a nigga labled as bein' - A mothaf*ckin' Villain
But you don't know me, a record can't tell ya I was so afraid I'd be a mothaf*ckin' faliure
Real niggaz got a hat-top breakin'
I hooked up with 3 more niggaz and started makin' -
Funky-ass shit for your system
Might sound nice so it makes you wanna listen to a
Sample of a ruthless organization
But you don't want the conferntation
Real niggaz don't play -
Yella, Eazy, Me and the nigga nigga Dre
Yo, alwayz makin' sure that my shit is steady bumpin'

Yeah, the world's most dangerous group
Definetly in this mothaf*cka
Sendin' a shout-out to all the niggaz out there
Yo you can get in the pick up and suck de dick up 'till you hick-up
You know what I'm sayin'
Yo, cuz I'm a nigga for life
And I realy don't give a f*ck
I'm goin' for mine - Every time
I see a f*ckin' softy -
Punk strong as coffee
A nigga like that best to back up off me
Yo, cuz these are the dayz and the times of de real nigga
False niggaz, NWA'z toss' niggaz
And that's on de real Cuz I'm a nigga that killz
Again and again so tell 'em what's up Ren 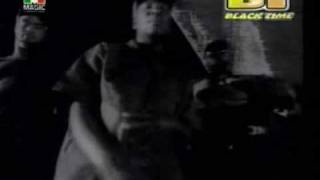