There's a troop of tiny tin soldiers
Marching to war 'cross the floor
Towards an ambush by artillery
Waiting behind the door
Plastic tanks, trucks and armoured cars
Catapults, ships and guns
It's all a campaign in a childrens' game
Toys for education and fun

Childrens' comics and posters
Visions of violence and death
Are pushed onto each generation
Almost from the very first breath
And it's been the same since Man became
It looks as though it will stay
And if this trend should ever end
Would it make a difference anyway? 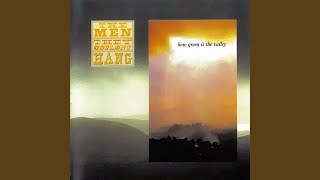 check amazon for Tiny Soldiers mp3 download
these lyrics are submitted by kaan
browse other artists under M:M2M3M4M5M6M7M8M9M10M11M12
Record Label(s): 2007 The Men They Couldn t Hang
Official lyrics by