We drove from San Sebastian to Frankfurt on the Main
Watched winter turn to springtime and the snow turn
into rain
In the darkness on the motorway we lost our silhouettes
But knew that we were still alive by the tips of our
cigarettes
Monday was a carnival, flags yellow, red and blue
The bands were playing salsa as they burned the big
statues
Fireworks in the orange groves, red dust upon our
throats
Pretty girls in ponytails selling smack, crack and coke

The northern towns of England look like Flanders in the
mud
Boxing rings and bookies, Chinese takeaways and blood
The neon lights are glowing like a furnace in the sky I'm travelling on the highway thinking of lust and
suicide
Tuesday was a party with the barmaids lonely daughter
Love is best with strangers, it's a bargain not a
slaughter
It's playing cards with con-men in the corner of a
shebeen
Or a little touch of dying in the arms of a Josephine

We pass a shanty village on a Spanish mountainside
There was washy in the windows and horses running wild
We bought beer and Coca-Cola, sex in magazines
Told ourselves the village was a desolate place to be
Wednesday was a border, Thursday was a stage
Friday was a close shave with a golden razor blade
Saturday we found a place with the earth's crust
burning bright
Sunday was the seventh red city of the night 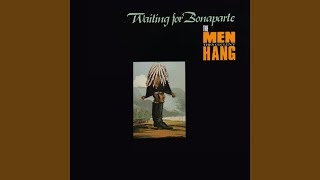