The Green Fields Of France (no Man's Land) Lyrics

The Green Fields Of France (no Man's Land) Lyrics


Well, how do you do, Private William McBride,
Do you mind if I sit down here by your graveside?
And rest for awhile in the warm summer sun,
I've been walking all day, and I'm nearly done.
And I see by your gravestone you were only 19
When you joined the glorious fallen in 1916,
Well, I hope you died quick and I hope you died clean
Or, Willie McBride, was it slow and obscene?

Did they Beat the drum slowly, did the play the pipes lowly?
Did the rifles fir o'er you as they lowered you down?
Did the bugles sound The Last Post in ?
Did the pipes play the Flowers of the Forest?

And did you leave a wife or a sweetheart behind
In some loyal heart is your memory enshrined?
And, though you died back in 1916,
To that loyal heart are you forever 19?
Or are you a stranger without even a name,
Forever enshrined behind some glass pane,
In an old photograph, torn and tattered and stained, And fading to yellow in a brown leather frame?

The sun's shining down on these green fields of France;
The warm wind blows gently, and the red poppies dance.
The trenches have vanished long under the plow;
No gas and no barbed wire, no guns firing now.
But here in this graveyard that's still No Man's Land
The countless white crosses in mute witness stand
To man's blind indifference to his fellow man.
And a whole generation who were butchered and damned. 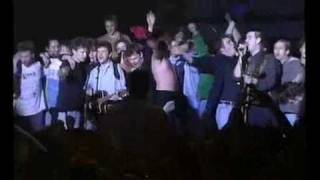