Oh the year was seventeen seventy eight
I wish I were in Sherbrooke now!
A letter of marque came from the King
To the scummiest vessel I've ever seen
God Damn them all! I was told
We'd cruise the seas for American gold
We'd fire no guns, shed no tears
Now I'm a broken man on a Halifax pier
The last of Barratt's privateers.

Oh Elcid Barratt cried the town,
For twenty brave men, all fishermen, who
Would make for him the Antelope's crew,
The Antelope sloop was a sickening sight.

She'd a list to port and her sails in rags,
And a cook in the scuppers with staggers and jags.
On the King's birthday we put to sea.

We were ninety-one days to Montego bay,
Pumping like madmen all the way. On the ninety-sixth day we sailed again.

When a bloody great Yankee hove in sight
With our cracked four-pounders we made to fight
The Yankee lay low down with gold.

She was broad and fat and loose in stays,
But to catch her took the Antelope two whole days
Then at length we stood two cables away.

Our cracked four-pounders made an awful din,
But with one fat ball the Yank stove us in.
The Antelope shook and pitched on her side.

Barratt was smashed like a bowl of eggs,
And the maintruck carried off both me legs.
So here I lay in my twenty-third year.
It's been six years since we sailed away,
And I just made Halifax yesterday. 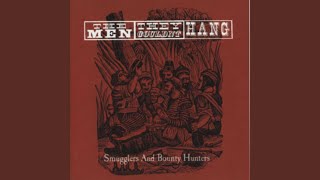