One man drills a powder-hole the colour of a bruise
One man sounds the bugle and another one lights the fuse
Blow up! Pick and shovel it! Carry the earth away
Brains and brawn with hammers drawn blasting through the
day

Soon they'll build a tunnel under England through to
France
Will it make the tide run quicker? Will the flow of trade
advance?
Underneath the ocean there is limestone, chalk and sand
But coming up through virgin rock will be the human hand! 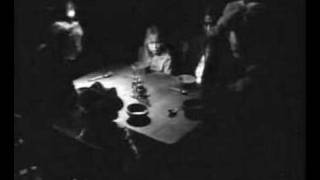 check amazon for Rain Steam & Speed mp3 download
these lyrics are submitted by kaan
browse other artists under M:M2M3M4M5M6M7M8M9M10M11M12