[Chorus x2: Layzie Bone]
Run game to keep it straight gangsta
By my frames say f*ck all these pranksters
We won't stop until I hear "Thank ya"
Brought up in these city streets, I'm bringin them bangers nigga

[Layzie Bone:]
Nigga I was born into this thug life, I didn't chose it, I was chose
A lot of these rappers fakin and frontin, tellin lies like Pinocchio
Never had to tote the pistol, momma had the cleanest tissues
Band-aids for the boo-boos but where I'm from, is another issue
Down on the game or the game'll get you
And you could stay broke, I'm a get richer
Gotta stay low or the bullets they hit ya
Nigga bad business'll catch up with'cha
Split ya, get the picture mister, the game is about survival
Probably clutchin on my bible, now what are you willin to die fo'?
Are you liable for your actions? Were you tryin to point your finger?
Blamin everybody but your damn self, well the fat lady's singin
Now bring it raw, ain't no mercy for me, America ain't got no trophy for me
I ain't even tryin to play that game cause the po-po just to thirsty for me
Rather go out in a blazin glory, you know my name and you heard the stories
Checkin for me cause I got game and these other niggaz is born, look at me
Scorin all the points like I'm T-Mac and A.I.
And look at these other players hatin, I'm the truth and can't lie
We come to get live on, and ride on, like yup muh'f*cker I got 5 on 'em
With my mind's on it know my opponent, I warned you you don't want it
See I see through what you don't see, and I can pin it 20/20
Niggaz they know I'm so for real like O.D.B., better gimme my money 1's, 10's, 20's, 100's, nigga, if you owe me, run it
I'm a continue to stick you blunted, homicide won't know who done it
Damn, that's the way it is and that's just how it's gon' be
Keep yo' gang to yo'self homie, I represent no phonies - f*ck 'em

[Dogzilla:]
Run some game ready, 'Zilla, known to drop heavy
Deadly, show you lil' somethin boy if you let me
Feel me, life is like a game of dice
You roll them right the first time, the same life can't roll 'em twice
Grrr, I bite hard for mines
It's a new track for the new jack, I'm a dog for mines
I'm in too deep, competition dead on the street
They head is weak, I know the odds hard to beat
But f*ck that, my homies got a score to settle
With theyself, plus it's still a lot of tea in the kettle
We refute the devil, you can't fade the levels
And you can never ever, come test the rebels - grrrr

[Stew Deez:]
Got the burners[? ] yeah we gangsta nigga, Stew Deez a sho' nuff shanker
Man I'll put y'all dig in the dirt when you f*ckin with us or my niggaz
I'll leave you stankin nigga, cause 16 round [? ] to the countdown
Wanna be down with us but the fake niggaz can't be found with us
So nigga, we mash when we roll, we got fo'-fo's on you hoes
You niggaz know the go and oh, me and my niggaz we gettin this dough
We said one million, two million, three million, fo'
Still movin up the ladder but we needed that mo', so here we go
We runnin game on you bitches, we got the fame and our riches
So niggaz aim and we picutre, we let them thangs come and get ya
We that swift, I ain't gotta shoot ya dawg
Just to see your body fallin, here we go, to the morgue 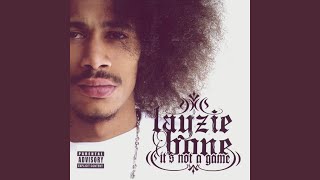