That's how I want it to end. A footnote on the back of a crappy newspaper, a
Short report by some faggot with a bad comb over on the morning news. Something
Everyone would discuss that day at work and start their day off thinking about
The uselessness of their own existence. A real water cooler suicide. If you
Want to be remembered, you have to go out with a bang, people judge a story
Solely on it's ending. You have to give them what they want, blood, sex and
Controversy. The more embarrassing the better! Most people can't remember the
Singer from INXS' name, but we all know he was found in a hotel room hanging From his own belt with his limp dick in hand as a result of an over zealous
Game of autoerotic asphyxiation. If he only managed to cum a bit faster, he
Might still be alive and we'd probably all have forgotten about him by now. He
Has attained the status of a legend through one final, disgusting,
Self-gratifying, quasi-suicidal, carnal act. It doesn't matter what you
Accomplish in life, as long as you give them something to talk about when you
Die. I want to be remembered for one single stupidity I committed, and
Completely forgotten for who I really was. 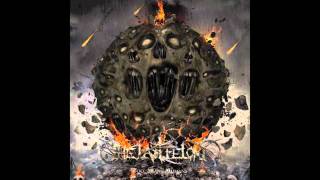 check amazon for Water Cooler Suicide (he Hung Himself In A Public Bathroom Part 2) mp3 download
these lyrics are submitted by BURKUL4
browse other artists under L:L2L3L4L5L6L7L8
Record Label(s): 2010 Lifeforce Records
Official lyrics by