Televisionary (he Hung Himself In A Public Bathroom Part 1) Lyrics

Televisionary (he Hung Himself In A Public Bathroom Part 1) Lyrics


'He was discovered early this morning by former co-workers in a public
Bathroom at his former workplace. It was revealed by the police that he had
Been there since Thursday evening. It is presumed that he choose that date
Because of the extended weekend to provide an extra day of decaying before he
Would be discovered. The body was found naked, with all major arteries slashed
And as is the case with most hangings, both the body's bowels and blather gave
Out. It was revealed through forensics that he was also covered in vomit,
Caused by having swallowed rotten milk presumably on purpose, and semen from Having masturbated one last time before using the blade to mutilate his
Genitals and along with his whole body to cause as much blood as possible to
Come out. One can safely assume that he wanted to be found covered in as many
Vital fluids as possible when he would be discovered. Co-workers described the
Sight, and especially the smell, to be intolerable and are noted as being in
Need of immediate psychiatric help as a result of making this gruesome
Discovery and were all sent home from work to try and recover...' 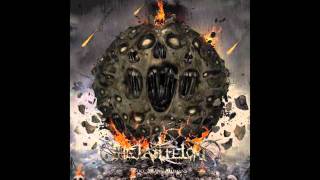 check amazon for Televisionary (he Hung Himself In A Public Bathroom Part 1) mp3 download
these lyrics are submitted by BURKUL4
browse other artists under L:L2L3L4L5L6L7L8
Record Label(s): 2010 Lifeforce Records
Official lyrics by