Too Many Humans Lyrics

Too Many Humans Lyrics


Kill the children first! We won't see a difference for a few years, but we'll
Eventually be able to have a seat in the subway. It's the cause of each and
Every problem in this world; over population. Infestation. Call it what you
Will, in the end it all means the same thing; too many f*cking humans. Never
Again will I have to feel a stranger's skin in contact with mine or have their
Human stench lingering on my clothes. Drowning in their blood is a small price
To pay to avoid having to touch their flesh. Prove your worth and we'll let you Live. Uselessness will no longer be rewarded by welfare checks, but rather with
A blast in the f*cking head. And just like in China, we'll make your family pay
For the bullet as well as the salary of the poor bastard who's paid to drag
Away your lifeless body. Sometimes I think communism had the right idea, it was
Just implemented by underachievers. It's the basis of our society, every man
Was created equal: Worthless 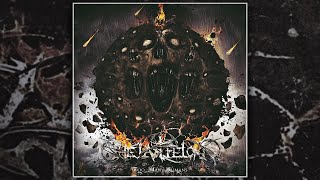 check amazon for Too Many Humans mp3 download
these lyrics are submitted by BURKUL4
browse other artists under L:L2L3L4L5L6L7L8
Record Label(s): 2010 Lifeforce Records
Official lyrics by