[Intro]
The homie asked me why I ain't been to church lately
I told him it's a thin line between pimping and preaching
You feel me?

[Verse 1: King Iso]
We'll rock on back the mode I'm yelling unto
If God was black, then the Devil was too
Where's my son at, I will not launch back to the odd one's axe
I'm a rebel on move
I watch some act in a hellish young mood
And I've done that, but I'm telling the youth
To not jump out of it when everyone do
And God what have we let it come to?
The textbooks that everyone use
Is all full of lies like in every um school
I'm talking 'bout the Bible that societies will print about variety
And hide and seek everyone's truth
So if it is what I believe, I hold the world inside of me
It's all like verbal sodomy, I said it was too
And woke is what you try to be but Luci got you wide asleep
And knows the Bible wiser than you ever, huh fool
Now everybody searching for ya true form
Something to worship and do more
And what he did to you is true war
White, black, yellow, blue or a red being with two horns
Guard ya newborns, 'cause when you lost in a huge storm
And all you have is your memory of enemies that you swore
Were being true until you were gone
Imagine how it would feel to be revealed to you that you were wrong
The beloved ballad of Babylon
Written way before cuneiform, they raise you on no Amazon
Could decode the text, we know what's next
Those who pose a threat on the motherland we travel on
I pray for wisdom Lord, give me more
And leave me not to temptation when Satan's in many forms
How many weapons can a nigga form?
When he use everything against me, I said this when I sung

[Verse 2: C-Mob]
Don't blame it on the devil, blame your own
You don't wanna hear that hang the phone
Up when I say you're in the danger zone
'Cause God and the devil play the game of thrones
I would rather reign in my lane alone
Than be the same, just a famous clone
If you say the devil is a liar better change your tone
'Cause I spit fire and the flames have grown
Tell me this: don't you think it's odd
People kill each other in the name of God
If you preach hate then they applaud
Seems like the whole religion thing's a fraud
A heinous job
Mainly to maim and rob and try to tame like you train a dog
Now how many claim the squad, all the strangers nod
'Cause they're down with the Brain and Mob
What's the definition of a devilish deed?
Sellin' salvation for a hell of a fee?
If I don't tithe I guess hell'll get me, no relevancy
Just malevolent greed meant to benefit the
People on top, could the evil just stop
God settle this please, that's when I heard a voice say
"You already know this is pimp game elementary"
Not saying all church is bad and it's a worthless fad
But take a look under the surface lad
Some people be the first to grab
At anything thinkin' it'll save em when it is the worst to have
You gotta watch for the devil, preying on the weak, those in need, and the ones who wanna be free
It could be anybody, gotta keep your third eye open
It could even be me [Hook]
Hey you
You with your head in the clouds
You've been running around on the tightropes
You found in the minds of the weak
You seek to speak with fire on your tongue
Flames on your lungs
Your bow has stung many sweethearts

[Verse 3: King Iso]
And if I fall from grace like I ate everything up off my plate
And scraped it all and forgot to pray
Will Hell be where I'm off to blaze
For an eternity, 'cause if so religion, I'ma walk away
I've seen awful ways
It all correlates with these wars and many die 'fore they mark appraised
Could turn beast with some more to say
Lord I put down my cross today
I woke up and I lost my faith, I mean
How would you feel
When you grow up in church and you're certain it's too real
Watch that family kick out like a few bills
And the church done upgraded, done made about two mil
And ya bro can't afford to eat two meals
And they tell you to pray so you do still
Just to find out that others want you killed
Would rather take a blue cross than a blue shield
The Devil got me shooting my neighbor
For not sharing beliefs, I'm using my banger, producing my anger
The serpent that came in my yard is enjoying the fruits of my labors
Looking at my lady like you cannot save her
But you'll be the heroin and who is my taker
I don't wanna get used to my haters
Finally produce all my wages
What if God was one of us, I'll take that verse
Just to ooh-wee, no I can't say that word
I'll put love in the universe and make that heard
I'm just a vessel for the creator so take that curse
You all try to consume me with
If we're made in God's image, then label me a humanist
And if rap is the way that I'm proving it
Then why they all calling it the devil's music then
I'm like

[Verse 4: Twisted Insane]
I'm doomed for the grave so I bang my thesis
You fear for your death so you pray to Jesus
Amazing you wasted your days away
You changed the date the same thing reings in pieces
All for change of things, but you can't pay leases
I push through the streets in my fake Adidas
What I'm brazin'
But you the same person that believes that the snake talked to Eve in the Garden of Eden
Believe in BS of hope if you want but Hell is only created so people in society will come to fear it
And every time I talk about religion, people get so offended
So I don't mention 'cause people don't wanna hear it
Here in the spirits and I don't mean to burst your bubble but I never understood why he look like thee
When in Revelations chapter one verse fourteen
That motherf*cka said a blood look like me
The way that you all portray him, I'ma need I.D
It's funny how you people all change ya faces
Brain erases time but you stay sedated
And I ain't never really seen amazing graces
And I ain't ever really seen the change of pace it's
f*cked if you that I can't relate with
Stay and wasted days in a hotel naked
Looking up into the heavens thinking why I'm hated
Another day, another let down trip
Homie just lost his house and his kids
That's real some days I look up in the mirror and think I don't really wanna live
And with so many different types of religion and different types of repentin', then how am I to even pick?
I mean someone tell me, what it really is

[Outro]
It's a thin line between pimping and preaching...
Explain lyrics
Correct lyrics 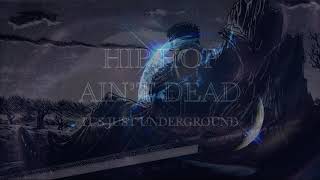