[Intro: King Iso]
Before I start this album
There are a couple of things I gotta address
I mean, it'll only be right
Strange Music
Yeah
Some people didn't wanna say it
f*ck 'em

[Verse 1: King Iso]
Who we gotta kill? It's obvious
They done drew first blood, phlebotomus
I'm on top, I think I forgot what the bottom is
But look at the homies here with me and I brought 'em in
I'll turn your empire to an Ottoman
I'm a God still getting stoned, monolith
Run up top like Mozzy if you a mausoleum
Show Marx like Karl, communist
Sorry 'bout my auto man it contradict the kinda hits
But I been learned, called on me gripping some kinda contra shit
I said presidents and I don't wanna politic
So I'ma get to dug in combos about what Donald did
But I got a vendetta, I'm anonymous
Every opposite, damn I'm weird, now synonymous
I should just change my name to Dr. Iso
Cause I just wanna figure out what the f*ck the problem is
Boy I got a problem with these faggot ass fans
They be switching up and can't use logic in the comments
And I was never Sonic, got bread from all kind of shit
But now they hate the brand and helped who they still rocking with
Some of y'all are still cool, this is not a dissing thing of what me and Twisted ended up squashing it
We can do a tour now the comments and y'all have been talking shit see me in person nigga to noggin' split
But my greatest enemy of all is this
My flesh fear going hard on these carcasses
I'ma box with a monster inside of it
That's about to climb out of my esophagus
Gluttony, lust in me, wrath prod again
Was it greed, f*ck it eat till a sloth a sin
Run inside of vice holes, caster get to slaughtering
Like cattle we even got all then my wind'll kill these hostages

[Interlude: King Iso] I showed you motherf*ckers love from the beginning
I still show love
It's like you didn't want me to make it
I'll go to war with all you motherf*ckers homie
But I'm at war with myself
Matter fact, Tech say something

[Verse 2: Tech N9ne]
Something switched up, f*cking hiccups
Chunk we can thump if a chump wanna get nuts
Dump on a bitch trust if you diss us
Pumping a stick bust ever here to get f*cked
Nothing disgust anybody with f*cks
Bucks in a gut is the luck of a sick f*ck
Stuck with a bishop, cause a mix of
Funk in my disrupt, shut a nigga lips up
One of a kind, you niggas gonna resign
When you get a whiff of the gift, I mean the gun of a N9ne
But some of you mine if you think you not coming for slime
Holla for crime but I'm busting the drum of design
Funny day though, when they be typing thinking they tough
What he say though? He wanna fight it, he feeling rough
When he play though, we fatal, ask the true nigga Taebo
Militant niggas don't give a f*ck, never cease to beast ya
Cause we Khalifahs, please the heater
When I make ya meet the reaper
The peace to me decrease the beef and eat ya
Decease the thief, the chief'll seat ya deeper
He don't wanna come into my killer metropolis
Cause when he used to come around he feeling necropolis
He know that me and Scooby and Makzilla'll be popping
A nigga be opping it, lead is gonna be filling the esophagus
Tech's the best flow, the flex in threshold
Steadily going up and can expect the death toll
Next foes sending threats to Neb know we red bros
Headed next go like Esco
Shit that was said
Niggas will never admit cause they'd rather commit to the cred
Instead of getting this bread, so we taking a moment to remember the dead niggas!
Explain lyrics
Correct lyrics 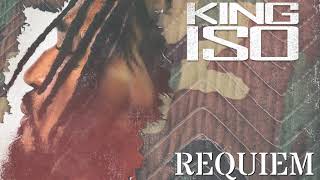