Buck ya head, buck ya head to the lyrics that I read
The J is in the house and on ya ass like the feds, yes
The soul is in the rhythm and the rhythm's in the soul
Buddha in ya head 'cuz ya came in with a roll, puff

Puff, toke it out, can you feel the funky vapours?
The Juvenile got the sack and the Bass is in the papers
Going round and round like a song from little Tevin
And the guitar got you higher than a 747, funky, feel it

I deal it like the boys from Cypress Hill but when I'm getting ill, yo
I'd never have to kill, just chill with a vibe from the tribe in the jungle
Acting like an animal ready for a rumble and when I hit the party
I buck my head, I'll buck it in your hous

I'll buck it in your bed, baby do you like it?
Who cares what they said
With the rhythm in your head, yeah
Buck ya head, can I get a slow clap?

Do it just one time 'cuz like Kid Frost said
There ain't no sunshine if ya can't check it
Acting like a criminal, 25 to life
And you know it's pretty critical

If you can't buck, buck to a funky bass line
Standing on the corner playing with a tech nine
Packing and attacking 'cuz ya whacking for a ducket
I'm macking to the hoochies bro 'cuz I say f*ck it Gotta just roll with a song in my mainframe
Like Heavy I got my own thang, holding off the gang bang
Cops get scandalous thinking that I'm vandalous
The color that my flannel is, thinking you can handle this

Joke's on you because ya never had me faded
I just give you the finger the reason why I'm hated
'Cuz I gotta roll even if my eyes are red
Psycho beta buck down 'cuz I buck, buck my head

Buck ya head once again doin' it like a crazy jester
Lighting up the block like my name is Uncle Fester
Like Bo Jackson, maxing and it's coming from the hip
Motivate the crowd when I, running off the lip

If this was a drug, I'd throw it in the sack
Dope to get them moving 'cuz I'm pumping up the tracks
Filling up a party and I rock the coliseum, making the crazy funk
So the people come to see 'em, word

I bet ya never heard about the funky
Supercalifrajilisticexpedalojunky
Dosing up the fix coming, straight from the forty
I might have been a hood but I've never been a shorty

'Cuz when I'm on the stage I flow it to a tempo
Louder than 12 gauge blasting at your temple
If it's blue or red, you know what I said
The lyrics that I read that go buck ya head
Explain lyrics
Correct lyrics 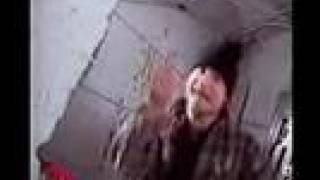 check amazon for Buck Your Head mp3 download
these lyrics are submitted by itunew3
browse other artists under J:J2J3J4J5J6J7J8
Record Label(s): 1995 The Orchard
Official lyrics by