What I See What I Think Lyrics

What I See What I Think Lyrics


Knack, knack paddywack can you give a dog a bone?
A brother who's a banger but can never be a steppin' stone
Needs a lot of loving 'cuz the pushing and the shoving
Leads to bodybags and bullets so I ask why ya bugging?

Bug-a-boo-ya mugging me? I'm mugging you
I've never been a thug but what am I to do?
When I chill with a brew and hang with my crew
Gap a motherf*cker or break his ass in two, there you go

No, I'm not too old but yes, I'm very young
A juvenile deliquent making money from my tongue
Used to hold a gun but now I hold a rhythm
Play it to a crowd and they definitely with 'em but back

The city seems is getting very violent, you know
There's something wrong when my neighborhood is silent
Brothers are scary, sisters the same It's all to make a name for the fame of the game

My man, Johnny is a kleptomaniac
My lady's into sex like a aphrodisiac
Mikey does a drive-by like Stevie Wonder
Shooting people blind putting Jimmy 6 feet under

It's ugly but hey, if Jackie wants to pleaser
He gotta git the money and turn her skeezer
Living in a haze many ways to git a needle
Leaves me in a daze when I see so many people

So I kick it all on the level
Kick up the bass, kick up the treble
The beat is on and right on the blink
'Cuz what I see is what I think
Explain lyrics
Correct lyrics 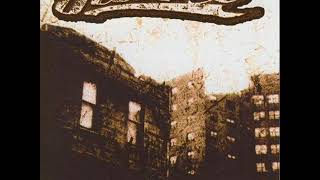 check amazon for What I See What I Think mp3 download
these lyrics are submitted by itunew3
browse other artists under J:J2J3J4J5J6J7J8J9
Record Label(s): 1995 The Orchard
Official lyrics by