I Remember That Night Lyrics

I Remember That Night Lyrics


Here it is, what's up man
Let me take you back in time
A little story or two about how it is on the streets
So let me pump it up just like this

As I stood on the brink with my .357
The time when you blink boom boom
You in the heavens war for the rock
And things are getting heavy

My boy yelled fire then crack went the window
Bullets flying so you know what I'm in for, retaliate
I hate when I'm running they had us overpowered
Not one single gun in the mobile, so we pulled out

But we was alright, yeah, I remember that night
I remember that time that I used to be with her
And every single man was dying to get her
Daddy's little girl but I didn't fit his standards

Didn't understand her, letting him command her
So I broke out becuz' her life revolved him
One year later I hear she's got a problem
Baby caught a bad one smokin' on a pipe Used to be my lady now she's turned into a hype
Tried to help her out 'cuz I never lost affection
But her old man threw her in that direction
Friday night and she's doiun' it again, sellin' out the ass

Caught her jumping in a Benz, found her on the curb
She's smellin' like the dick, earned her 20 dollar
She's looking pretty sick, high off the heron
Baby lost the fight, for her motherf*ckin' life

I remember that night, yeah
So let me pump it up for the avenue
I remember the time that I went to the party
I thought it was cool 'cuz I knew everybody

But here they come and they staring and glaring
A gang of shortys, drunk so they daring
To make the hit becuz of my status
A real gansta who's pockets are fattest

Breakin' and shakin' um all on a one, two
They're itchin' to ghost with nowhere to run to
Out on a rampage it's gonna be all right
Losin' my mind in a motherf*ckin' gang fight
Word 'em up 'cuz the crew is tight, 415, I remember that night
Explain lyrics
Correct lyrics 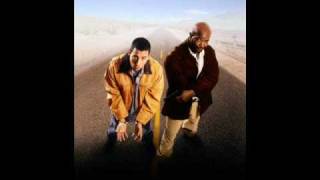 check amazon for I Remember That Night mp3 download
these lyrics are submitted by itunew3
browse other artists under J:J2J3J4J5J6J7J8J9
Record Label(s): 1995 The Orchard
Official lyrics by