There were a dozen dead bodies in the Euston road,
their outlines softened by the black dust. All was
still, houses locked and empty, shops closed, but
looters had helped themselves to wine and food, and
outside a jewelers some gold chains and a watch were
scattered on the pavement.

I stopped, staring towards the sound. It seemed as if
that mighty desert of houses had found a voice for its
fear and solitude.

The desolating cry worked upon my mind. The wailing
took possession of me. I was intensely weary, footsore,
hungry and thirsty. Why was I wandering alone in this
city of the dead? Why was I alive when London was lying
in state in its black shroud? I felt intolerably
lonely, drifting from street to empty street, drawn
inexorably towards that cry.

I saw, over the trees on Primrose Hill, the fighting
machine from which the howling came. I crossed Regent's
Canal. There stood a second machine, upright, but as
still as the first.

Abruptly, the sound ceased. Suddenly the desolation,
the solitude, became unendurable. While that voice sounded London still seemed alive. now suddenly there
was a change, the passing of something, and all that
remained was this gaunt quiet.

I looked up, and saw a third machine. It was erect and
motionless, like the others. An insane resolve
possessed me: I would give my life to the Martians,
here and now.

I marched recklessly towards the titan and saw that a
multitude of black birds were circling and clustering
about the hood. I began running along the road. I felt
no fear, only a wild, trembling exultation as I ran up
the hill towards the monster. Out of the hood hung red
shreds, at which the hungry birds now pecked and tore.

I scrambled up to the crest of Primrose hill, the
Martian's camp was below me. A mighty space it was, and
scattered about it, in their overturned machines, were
the Martians, slain after all man's devices had failed
by the humblest creatures on the earth: bacteria.
Minute, invisible, bacteria.

Directly the Invaders arrived and drank and fed, our
microscopic allies attacked them. From that moment -
they were doomed! 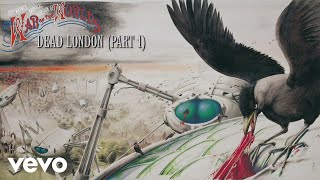