Gattaca
Illmaculate & Onlyone
Audiobiography Only & Ill Nobody Dirt Flowers At A Funeral High Yet? Met Her Through A Friend Leanin Grow Ops Can't Take That Away
Gattaca (feat. J-Rome) video


[Verse 1: Illmaculate]
Was given old materials to build with my hands
Focus energy inwards, I'm buildin' a man
Learned only pursuin' skrill is a minimal plan
What you gon' do with opportunity once given a chance? (Blow it)
My own critic, low fitted, smoke excessive
No kiddin', in my zone lifted with an O twisted
Homies sayin', "Go get it!" – no shit
I've been so distant, tryin' to mind my own business
Be inspired by all those you know winnin'
But all them contacts don't help with no vision
They don't get it though, too busy bein' bitter, cold
They must've hit the slopes, get it? Snow
That mean they sniffin' blow
I hit 'em low with that addictive flow
Tell 'em get in line or miss the show
The whole package, peep it, homie
Treat it like an old matress
So I'm springin' on 'em while they sleepin' on me
True emceein' is far and few between
So while you were sleepin' your influence weakened
But this music's freein', share a few ideas
Somewhere between consumin' things
And reinventin' the human bein' – you should see it
This is Christ's death, this the resurrection
This is God's work, somethin' to never question
This is bigger than God and America
‘Cause, shit, if he was here you'd probably call him a terrorist
War profiteers don't want us havin' knowledge preparin' us
More awareness to interfere with the profit imperative
Burnin' chariots await 'em at Hell's gates
Until then we're all cellmates
When's the last time you felt safe?
Huh? When's the last time you felt safe?
We turn all emotion off as a fail safe
I know it's hard to acknowledge
That moment there, we become part of the problem
For me it's larger than stardom, pardon
My callin' falls between stuffin' pounds in a Gucci bag
And movin' mountains with music
Tryin' to balance the two, on this power I truly have
Made a wish, threw my change in a fountain that threw it back
I doubt you are cool with that

[Hook: J-Rome]
I know that I contribute to the problem
And for that I do apologize
But the only thing I've got to work with
Is just me, myself, and I
So either I'ma keep going hard on these beats
Or I'ma find a way to make a life on these streets
But I must succeed
‘Cause I ain't got shit but me
I ain't got shit but me

[Verse 2: OnlyOne]
Everything that I have, I made myself My moms and dads created me, but I made my self
I sold my weight on my own, and I paid myself
So if I let you play me close, then I blame myself
Look, there's no use in cryin' if you spill your milk
So before you start squealin', go kill yourself
See, what happens is, if you owe me
That means I owe someone else
So before you go f*ck me, go f*ck yourself
Yeah, you f*cked yourself, I know that shit hurts
I only swung on you ‘cause you did the shit first
Even if you about to die, it could've been worse
‘Cause we was born to die, but we was born to live first
Give me more medicine, I'll make the bed I'm in
I might get on your nerves, only if you snakes shed your skin
Arm, leg, leg and arm, constellations made of stars
We all actors on a cosmic stage, and I play my part
Fascists cast me away, ‘cause I'm not crafted from clay
You trapped like a slave, but you can't see the chains
When's the last time you felt safe? Stealth planes
I'm baggin' up whale weight until my scale breaks
I pull the iron from my Orion's Belt
And meteor shower the media with shootin' stars
I'm even shootin' stars
Then I keep it movin', like a bull in charge
Keep it movin' like Dale Earnhardt, Jr.'s car, supercharged
I'll put you in the dark for all that whoop-whoop
And I'll pull your card, ‘cause I don't know who's who
And I would say, "Do you!"
But the stupid part, is you don't even know who you are, do you?
I put these hands of mine on you
You need to put the hands of time on me
But I put the sands of time on you
If I got murdered by pigs, you'd still misword what I spit
But at least I get the respect I deserved when I lived
I said, if I murdered a pig, I'd be servin' a bid
But it wouldn't be wrong, ‘cause police deserve what they get
I kill rats for desertin' the ship
I cry a river of blood and burn every bridge, I know…

[Hook: J-Rome]
I know that I contribute to the problem
And for that I do apologize
But the only thing I've got to work with
Is just me, myself, and I
So either I'ma keep going hard on these beats
Or I'ma find a way to make a life on these streets
But I must succeed
‘Cause I ain't got shit but me
I ain't got shit but me

[Outro: J-Rome *repeats until end*]
I ain't got shit but me…
Explain lyrics
Correct lyrics 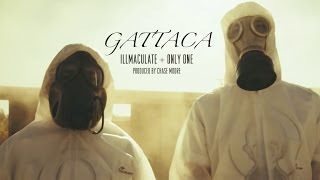