[Verse 1: Julius Luciano]
Ey, how do I go on from this
I'm mad at life, I got a bone to pick
I feel like me and life broke a wishbone and I got the short end of the bone and shit
My plan A ain't working, and my plan B it don't exist
I got a pot to piss in but my window of opportunity is closed so where do I throw the piss
I gave this game my all nigga, I say it ain't my fault nigga
I ain't to blame, I chase the fame, I can't explain it at all, hold up
Crook paved the way for us raw spitters
But the game just favored you soft niggas
My fame chasin' was pain stakin, now I chase my pain with malt liquor
But I did everything thing that I could
We the best rappers whose name is not Crook
Leave the game, I won't be ashamed but f*ck you if you say that I should
Yeah, I was denied my perks, I won't lie, that hurts
f*ck this song, this is my last verse
Wanna get it over with that's why I rap first

[Verse 2: Demetrius Capone]
I didn't get my fair shake
Even though I'm as good as a Wayne or a Drake
I even try to follow Jay's
Blueprint but now I got's to say
So long I'm finished
I don't really understand what God intended
I could have been a nigga on the top
The second coming of Pac but I'm not
Man I don't get it, Yeah, this shit hurt
Tears in my eye as I spit this verse
Talkin' to God, could you lift this curse
Now I gotta find me a different purpose In life, what to do
All I can tell is the f*ckin' truth
Music took me, my brothers' and my mother's youth
Now I just want a f*ckin' truce
I'm in love with rap, but my life-long love never loved me back
I done lost every woman I had cause of the love for rap
But now I'm gone, I ain't coming back
I be like f*ck niggas, this game's for f*ck niggas
This game ain't for real niggas with no skills, nah they don't f*ck with us

[Verse 3: Andrew 'Dice' Dinero]
Y'all made me go, go, y'all made me go
Will I come back? Maybe so, so
But maybe no, mothaf*ck the radio
Mothaf*ck them videos
Niggas be dressing like any old thing
Wearing them skinny clothes
f*ck that shit, f*ck that shit, a nigga like me won't pretend to be
Something I'm not, something I'm not, I won't sell my soul to this industry
I'm a grown-ass man with a grown-ass plan
And I won't get f*cked on some broke back shit
If you don't understand I'm an old damn man, then yo I'm up, yo I quit

[Verse 4: Kenny Siegel]
Used to love rap, like will I stop? Never
But if it's cold enough to be f*ckin' Crooked's
Someone as dope as my older brother, Crook, whose five times better
Over years get to thinkin', will I rhyme ever
I may as well flip a bird, 'till flippin words
Flip a burner or flip a burger somewhere
Rappers talk like they hustlin', and bubblin' but strugglin' in 2 seconds from hustlin' the bus fare
Kind of reminds me of a broke Xbox disc, this game really don't play
All it'll cost is that soul of yours, and every goal of yours, you could believe you gon' pay
Man, I be like f*ck niggas, this game's for f*ck niggas
This game ain't for real niggas with no skill, nah they don't f*ck with us 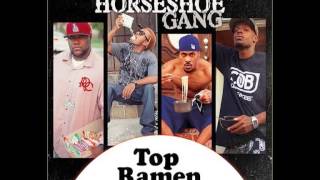 check amazon for My Last Song mp3 download
these lyrics are submitted by itunes3
browse other artists under H:H2H3H4H5
Record Label(s): 2013 Treacherous C O B
Official lyrics by