Bitches Off That Lyrics

Bitches Off That Lyrics

[Verse 2: Julius Luciano]
I can play the back of steel staying way out
I knock out the p*ssy, no standing a count
If y'all niggas is trickin' then y'all niggas is trippin'
You lame, ain't no ifs and or buts in a glove
Man, these bitches be on me like a motherf*cking wristband
Is Julius the flyest? Spell Heisman, he is man
You hate on other niggas' game, yo, you's a square
Y'all be cock-blocking like long pubic hairs
You see a bitch you gon' sweat her like a Cardigan
Giving her your credit cards, never gonna see that card again Your chain won't pull bitches, asshole nigga
You bought a necklace, not a lasso, nigga

[Verse 3 : Demetrius Capone]
Thinking you gon' get some bad bitches
Just because you liked all her Instagram pictures
Nigga, I don't give a damn if she a bitch, that's vicious
Like a pimp with kids I'm not a simpin' ass nigga
I'm the type of nigga that'll throw this D
I don't go with bitches, bitches go in me
See, nigga, I'm single, but my girlfriend ain't
You're the type of nigga to text "OMG"
You're the type of nigga that be getting his simp on
Paying her rent while you live in the friend zone
Waiting 90 days just to hit, I'da been gone
You're showing all the signs of a simp symptoms

[Verse 4: Andrew 'Dice' Dinero]
Y'all be telling stories like y'all piping bad chicks
Like a wedding veil, I see right through that shit
What you call stunting is what I call fronting
You pay the cost to be the boss, for me it cost nothing
You be spending money that you haven't earned yet, yeah
Trying to make it rain with your tax return check, yeah
It's like your time is money, but your swag is worthless
I'mma teach y'all a lesson that you haven't learned yet
Yeah, real niggas ain't gotta lie to kick it
I got a lot of bitches, I ain't gotta lie to bitches
You say "Vermouth or Bacardi?", get bitches off that
By the time you get it the bitches off that 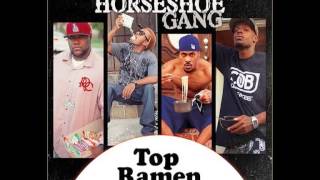 check amazon for Bitches Off That mp3 download
these lyrics are submitted by itunes3
browse other artists under H:H2H3H4H5
Record Label(s): 2013 Treacherous C O B
Official lyrics by