Now You're Mine Lyrics

Now You're Mine Lyrics


Yo Duke, you're dead wrong
You'll never have the skills like mine
I write the ill type rhymes
Now I'm reaching my prime
360 dunk in your face
You can't compete, you're just a basketcase
Let's separate the men from the boys
And put your money where your mouth is
No time for toys
Your game is weak, you geek, so don't sleep
Cuz I'll be checking and wrecking ya
When I start to creep
Through the backdoor
I know I caught you out there
You got no clout here
And I doubt there
Is anyway that you can stop the beatdown
You oughta play the background
And sit back down
Chumps like you, I gotta keep'em in line
So prepare to suffer boy, cuz now you're mine

I'll fake you left and go right
Straight down the lane
Here's one in your eye
You feel pain, you strain
To put together some strategy
But you're raggedy, and i'll be glad to see
The frown on your grill when i drill and thrill
Set out my offense, commence to kill
I'll be leading from beginning to end And after I pound ya
You're gonna wanna make friends
And make amends for the silly trash you were talking
Take a walk and your shots I'm swatting
With ease, and the ladies are swooning
Clocking my swiftness, why you drooling?
You oughta practice up and get your game with mine
I been waiting to guard you, and now you're mine

Hurry up, sucker
Go ahead and pick your squad
Try to play hard, but I'ma rob
You of your crazy notions to defeat me
Your weak see
I rock all courts
And even get down to give you a rematch
After I wax and tax that butt
When I slam the alley-oop
You can rally troops
But I play the awesome defense
I'll pick your pocket
And send you to the bench
With tears in your eyes as you realize
The prize is for me
Yes all the money
Son, my flow is too nice
My handle's precise
I'll fake you right and go left
Because my game's so def, and now you're mine 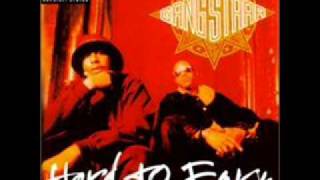