Chumps tryin me, but when they eyein me
I build in skills, and to enhance my chances
I'm thrilled, to be involved with solvin
All the problems, with the way that the sound
Has gone down, so I frown at the scene
Where you be takin it, and like the winds of change
I'll be breakin it up, shakin it up
Clearing it out, airing it out, and bearing the clout
On my chest, like a crest that rests
On a tidal wave, only the good I'll save
When I plunge, and engulf the ones
Who aren't sons, who converse with ? and make friends
Yo, I recommend that you get back there
And sit back there, contemplate, calculate
And concentrate on these rhymes, that I picked to stick
To your mind, and then I'll raise you straight
To the next phase, cause I will amaze
With much force, and like the power that comes
From the source, which is greater and stronger, of course
If you didn't know, I will tell you
That all the blind no-minds I give hell to
And if you comprehend what is said
Then you'll be stayin two steps ahead

[guru]
I can't work with, those jerks who front
With the mic, cause I never liked fabrications
Wack creations that lack authenticity
For some time in my mind I've been wishin the
Fiends who do would just yield
And at the foot of my bed, I have kneeled
Thus revealed as a gift I have nurtured
And I hurt ya if you're not knowin
That the musical need is now growin
And like a man obsessed, I must
Go all out, show all out, blow all out Throw all out, get on out of my path
Cause I laugh at the ones with no gas
I surpass the class to get geesed
Like the way the ballistic's released
And I won't cease til I cap them
Or slap the saps with my rappin
Continue on with my journey
All the negative ones don't concern me
My eyes are wise, I got cause to live
Positive, have to give, every way
Every day of my life, so I fight for the right
And get hype, so heed what I feed
And get fed, then you'll be livin two steps ahead

[guru]
I'm way ahead of you, yes I'm on top
It's me instead of you, with the lyrics you fear it
So get near it, and then you'll hear it clear
And concise, cause I paid the price to be
Talking here, rocking there, shocking here
Stop and stare, then compare if you wish
Because the others fess, I insist
So I will assist you to blend with this
Bend with this, tend with this, fend with this
As I ascend with my orals
You define and defy with high morals
And at the spot I will stop to throw darts
At the ones who proclaim with no aim
Cause they don't hold the fame, they're on mine
And since I'm well inclined and divine
I will have to ask you to come in
Move along with the tongue and the drummin
Progress and let the blessings be read
And you'll be staying two steps ahead 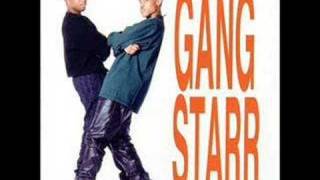