[Verse 1: Ace Hood]
Damn, thank God momma son made it at twenty three
Still remembering a struggle hidden deep in me
Momma gone, ain't no single daddy memory
I became my own man the age of seventeen
Trying make this money flip like it's a trampoline
I was hard headed, grandfather diabetic
I was trying do it big, like I was Faith Evans
Praying to the heavens, I can see my daughter smile
Know she watching now that daddy rip this record down
Know I love you baby, tell my God I said whatup'
And know I seen em' just meeting ends, so my family up
I should pray harder, instead I tote a pistol
Speed dollar killers running if I ever whistle
Real nigga, that's just my genetics
Hustle hard got my money doing calisthenics
I stretch paper, every dollar bill

[Verse 3: Meek Mill]
I ain't never ran from nobody, and I never will
Lunch time on these niggas, cause' I'm on my second
meal
I just dropped a mixtape, lookin' like my second deal
Club live thirty bottles, and I'm on my second bill
And I be gettin' high as my electric bill
Ask bout' me in the hood, they say I'm extra real
Cause' ain't nobody never rob me, I ain't never squeal
And ain't nobody never try, my niggas love to kill
Ridin' round with' chuck, but it ain't a game though
My black wall niggas, told me you a lame though
The block got a beam on it, like Kano
But man it took some lemon squeeze's, just to split
your mango
My down bitch, never count to counterfeit
Cause' you know the real from fake, I had to learn some
shit
Before I ever thought of rap, I had a pound to get
And the piece is steel, I never thought I see a mill 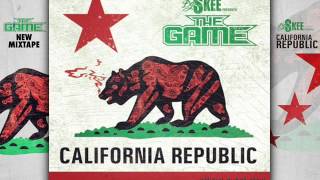 check amazon for The Drill mp3 download
these lyrics are submitted by kaan
browse other artists under G:G2G3G4G5