[sample:]
Knowing he can't fly...
Would you take the bar from a little bity baby
And you know he gonna cry...

[Fes Taylor:]
You take the food out my son mouth, you stupid
Before I see him cry, I pull my gun out and shoot it
I got bitches run around boosted, my crew flip
Like Chinese niggas in kung-fu flicks
Me and L.I.S. Siamese twins, what's closer than that
I pin niggas to the wall, like a poster with tacks
No homo, niggas talk shit, hoping I won't clap
So I point it at they face, they like 'don't do that'
Rappers on major labels, and they don't go gold
I'm an independent artist, did more than what you sold
Clowns run around, put dirt on my name
Til I spaz out, dirt on they frame, I bury niggas like
Portersfield bodies, I'm from Staten Island
Home of the real Gotti, Killah Hill lobbies
I'm by the elevator, f*ck it, will I tell a hater?
I hate me to, shit I'm getting hella paper
2 Fly, too high, lower class niggas
Pull up in the new five, blowing past niggas
Standing on the corner where cops harass niggas
Plus we got beats, so choppers'll blast niggas
We choppers newsflash niggas, these new ass niggas
Is ass niggas, better ask niggas, ask niggas
See the last niggas try to ban the word nigga
Go ahead sue me, f*ck it, I got cash, nigga

"God know why" [x4]
[Fes Taylor:]
Gun on my hip, who running the strip
I have hoes loving the dick, some of them strip
Quicker than, I can turn ten grams into a brick
I was raised in the zoo of animal ever since
Haters pissed cause I stay with the latest shit
Hip hop minds, treat it like my favorite bitch
Greatest to spit, basement, cable to switch
We getting MTV money, we rich
Homey you still chasing G Money shit
My pace'll get me a million, know you niggas is sick
Stomach turning, I bubble earning, I f*ck with Vernon
My nigga Sean caught a case out in N.C.
Now I'm the don, replace cars with a Bentley
What up papi, L.I.S. can't make it, so he sent me
I stuff empty bags, I play empty labs
But I don't, f*ck with dirty hoes, prolly give me crabs
I get plenty ass, rather them give me cash
My nigga Jimmy past, so I let the semi blast
My energy bast, Goku's highest rated
Soul on stage perform like the Iron Maiden
Shock the globe, kinda like you trying Raiden
But still got a kind heart like my uncle Ramon
You can't tame him, cause I'm a wild wolf
How could you blame him, even cages couldn't change him
Famous or not, I still cook it up, like
Amos on the block, we entertainers that'll pop
Your time ticking like Satan on the clock
So when I tell him go to hell, I'm just waiting for a shot 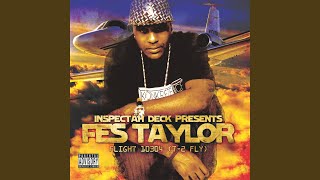