Move!
There's no telling what I'ma do
I'm eighty-thousand years of natural selection comin through
You ain't got as much aggression, possessions, weapons
I'll be damned if I get outdone by the next man
If you're beliefs are different than mine, then we gonna fight
Who needs peace when you can profit from being right?
I hold picket signs outside abortion clinic doors
Take what I want with force
And my God could kill yours

(???) species evolving so slowly
Genetically infantile, violent and holy
We think we're so smart but there's not much to know
Caveman is still alive behind those robot eyes
Fully controlled by ten thousand year old instincts
Hands on the war button, flinch and your world's extinct
This is technology for the barbarian
I see the future: the past, we'll be there again

Remember, the atom bomb takes the same place as Hiroshima

Die dirty hippy commie scum Christian Muslim Buddhist Jew
Democrat factory workin college student youth
My nervous system don't take no bullshit
Been dominating since the day I touched the monolith I only breed with sex-symbol worthy women
They stay at home and cook while I go out a make a living
Don't challenge my ego, don't step on my shoe
Otherwise the next wake that you attend might be for you

Grindin' my teeth as I'm battling uphill
The fight against ape-hood is fate versus free will
We think we're advanced but there's nowhere to go
Mammals stay captive to animal actions
So slowly we climb up this DNA brick wall
Addicted to emptiness, anger and pitfalls
Desire for space, territory, or lust
We'll eventually turn this whole planet to dust 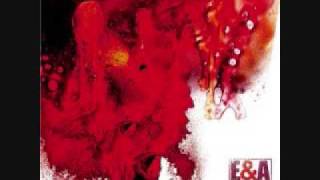