I never knew my mom, once I was born she was dead
She never wanted me. At least that's what my dad said
He said she was polluted, ignorant, uncivilized
And that was roughly the outline of what he beat into my head
I grew up in a house with more rooms than I could count
No siblings, just strangers always moving in and out
My dad hated all our neighbors
Had they stepped on his prophets they'd be finished
'Cause getting his is what he was about
Ever since his birth, he was a nuisance to humanity
I wish he died instead of mom. Maybe then I'd love family
But I'd smile at pops, concealing that feeling of, "I hate you."
Each day he'd wear the same three colors, with the same suit
And mother would come to me when I would close my eyes and sink
To the thought of her beautiful voice, and the lullabies she'd sing
'Til I was sound asleep. Then I'd awake and she'd be gone
My whole life, my soul echoed her songs
I guess the grass is always greener on the other side
And intangible experience structures one leviathan
From the Koran to leprechauns
Since when did America fall in between Lebanon and Ireland?

His philosophy was to be up, you gotta push someone down
That was all I knew 'cause that was all I was around
I found the flaws in his methods from the cause in myself
Father Diablo: Only an uncle to every one else
He taught me how to talk without looking in your eyes Gave me a nine to five, made me ignore the lullabies
A puddle of the dried tears shade me colorless
And categorize me as a baby failing to realize how far away his mother is
Our relationship hovered with strength, even though it's invisible
Hard to quit hearing her poetry. Piercing emotions leak
With the notes she hits I float, defying gravitation
The only mom I have is in my imagination. So it goes

[chorus]
One day daddy's gonna die, choking on the gun he bought

And when that day comes I shall return to my mother
And we'll walk hand in hand straight to heaven
And when the clouds part, I'll tell her that I love her
And she'll accept with an open heart. No question
Unless dad was right, and she really was a monster
Maybe her silhouette reflects the hell of his own childhood
Maybe she's so insane, no one cared to help
But if nothing else on this earth could mend her spirit, I bet my smile could
The volumes of her songs decreased the older that I grew
Daddy became my only influence of attitude
Now I'm robotically imperialistic, and careless of people
A trait inherited by my parent's omnipotent ego
His symbol's the eagle, but his child isn't free
You'll see no sign around my neck saying I'm proud to be me
I'm not grown up, the concept of adulthood is dead
He left scars on my back when my notebook was read
I guess the grass is always greener on the other side
And intangible experience structures one leviathan
From the Koran to leprechauns
Since when did America fall in between Lebanon and Ireland? 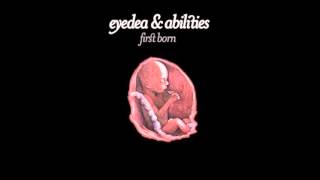