Color My World Mine Lyrics

Color My World Mine Lyrics


I once met a man who trained himself not to dream
What he seems to have seen was a glimpse of everything
He's been painting pictures on canvas since age thirteen
And claims he only exists in the mind of a higher being
And I enjoy his work; mostly scenic landscapes
But each one is focused on an easel where the man paints himself painting himself
And all that's in his visual field
He said this was the only way he could make himself real
Ever since he could remember, he had one nightmare reoccur
But until about ten years ago, it didn't matter
It consisted of loud, distorted sounds echoing off the concrete
He ran on top of it in attempt to reach a ladder
Now sometimes, he'd get so close but never touch his destination
Which caused him much frustration 'cause he didn't know what it meant
And by the end of the dream, he saw the scene from a bird's eye
Only to witness his dead body laying on the cement

It was only to witness his dead body laying on the cement
At first it freaked him out, but after a while he grew content
So he thought, "It's just a dream," and kept living his life
Writing his soul on the canvas 'cause it sheds his planet light
And it goes on and on like space and time, ain't nothing odd
It's not that he didn't believe, he just didn't approve of God
His experience was one I couldn't comprehend
'Till I stopped being detective and listened to him as a friend
He said

It's like I said
About ten years ago, the event that changed his whole reality
Took place on his monthly trip to the local art gallery
It was there where he studied his contemporaries
And there where he nearly carried his sanity to a hole and buried it forever It was a very mysterious day
The place was almost empty
And he got chills down his spine just being present in the scene
On the wall, there was a picture that looked familiar
And when he got close, his heart stopped
cause he saw it was a painting of his dream
It was a painting of his dream
His body on a runway
By a ladder to an airplane with its propellers spinning
Which accounted for the loud noise
The match up was perfect
And that was the day he stopped believing in existing
He resented his creator
I mean, words can't explain
What must have went on in his brain while he stared into a frame
Of a work of art which he created and was at the same time
The mind can't handle that much, it's just insane
It's like reading a book where each words describe your thoughts
And in quotations, it reads whatever you say when you talk
You think it can't happen
But it did happen
I guess there's surprisingly wide cracks in each life's sidewalk
He stumbled upon an answer when he never had a question
And decided to stop dreaming to maintain his mental health
Now he hardly talks to people
Just stays in his basement
Writing infinity, by painting himself
Painting himself
This is a strange universe
Is it all just a blueprint?
In the real universe, is my consciousness useless?
Are we really something a higher intelligence made up?
A figment of imagination colored by a cosmic paintbrush?
Maybe all of our art creates the fate of other beings
Then every character in ever novel thinks it's alive and were just gods
Ruling blindly
Just a theory
I don't know what it means
But that's the story of the man who trained himself not to dream 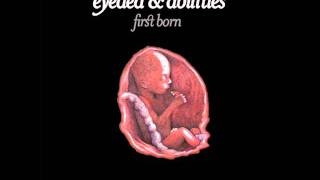 check amazon for Color My World Mine mp3 download