Burning bodies in the streets
Evil cloud, wind of death
A flash of light to take your life
Moment of pain, human combustion
Nuclear rain, you will die

Singeing skin, melting flesh
Boiling blood, collapsing arteries
Bursting eyes for the final sign
A pile of bones is turned to dust
And blown away in the winds of death

My life flashes before me
Memories of a world never to live again
World leaders speak of their peace
Empty promises can not be forgiven Live in this hell you have made
Make more weapons to destroy again
This time do it right and kill us all
It is your fault – die! 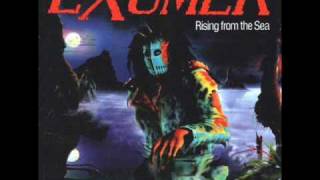 check amazon for Winds Of Death mp3 download
browse other artists under E:E2E3E4E5E6
Record Label(s): 2012 End of The Light Records
Official lyrics by