Shadows Of The Past Lyrics

Shadows Of The Past Lyrics


Walking down this dark street again I see the shadow
I turn to see who's there, 1 know it wants me dead
I start to walk faster, thinking it's just in my head
I sentenced him for life, long long ago
He threatened to escape and seek his revenge
Today the headlines read a killer had gotten loose

Why does he haunt me, killer won't let me be
Night after night I can't get no steep
Everywhere 1 turn he's stalking me
I see the blade in the light
He calls my name but nothing's there
Turn face to face into an empty stare

He kills for fun, I can't escape his grasp
Foot steps, breathing, turn and your his prey
A shadow, unseen, you wish to live He follows so close, it's all in his head
Your mind is playing tricks, or at least you hope so

He's return to haunt, I'd heard he was dead
Is this a phobia that won't let me be
Behind the curtain, in the closet, waiting to spring
Under the bed, in your house, he loves killing you

Running he's trying to catch me, I've got to get away
He wants to have my death, seeking a place to hide
A knife sunk deep inside, I don't want to die 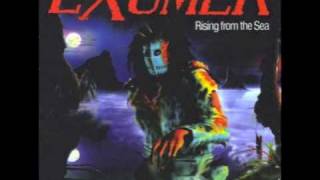 check amazon for Shadows Of The Past mp3 download
browse other artists under E:E2E3E4E5E6
Record Label(s): 2012 End of The Light Records
Official lyrics by