Life In The Factory Lyrics

Life In The Factory Lyrics


Let me tell ya'll a story
So far fetched it must be true
Bout a bunch of fatherless boys from Florida and a boy who was man enough for two.
Practiced twelve hours a day in the Hell House
In the swamps out side of town.
100 degrees without no open windows
Heat radiating off the tin.

They named their band Lynyrd Skynyrd, after the coach who kicked them out of school.
Practiced seven days a week cuz Rock's the only thing to save them from life in the factory.

They spent years inside the Hell House
Then they opened foe The Who
90 degrees, outdoor, summer festivals
Them, boy's wouldn't even break a sweat.
Played each show like their lives depended on it 300 a year will take its due
They kicked The Stones ass out at Knebworth
Ask anyone who was there and they'll tell you

They hit the road doing ninety
Leave them steel mills far behind.
Ain't no good life at the Ford plant
Three guitars or a life of crime

Sold out shows and platinum records, New York critics and redneckers
Bunch of boy's from Florida had them eating from their hands
They got the fame and all the glory
But folks, it's still a sad story when legend over shadows the songs and the band.

Let me tell y'all a story that more or less is the truth
From the swamps of Northern Florida to the swamps just north of Baton Rouge. 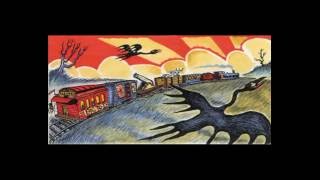