Church blew up in Birmingham
Four little black girls killed for no goddamn good reason
All this hate and violence can't come to no good end
A stain on the good name.
A whole lot of good people dragged threw the blood and glass
Blood stains on their good names and all of us take the blame

Meanwhile in North Alabama, Wilson Pickett comes to town
To record that sweet soul music, to get that Muscle Shoals sound

Meanwhile in North Alabama, Aretha Franklin comes to town
To record that sweet soul music, to get that Muscle Shoals sound

And out in California, a rock star from Canada writes a couple of great songs about the
Bad shit that went down
"Southern Man" and "Alabama" certainly told some truth
But there were a lot of good folks down here and Neil Young wasn't around

Meanwhile in North Alabama, Lynyrd Skynyrd came to town
To record with Jimmy Johnson at Muscle Shoals Sound And they met some real good people, not racist pieces of shit
And they wrote a song about it and that song became a hit

And Neil helped carry Ronnie in his casket to the ground
And to my way of thinking, us southern men need both of them around 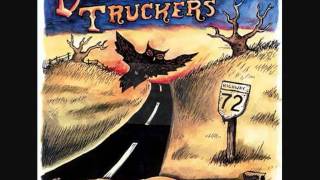